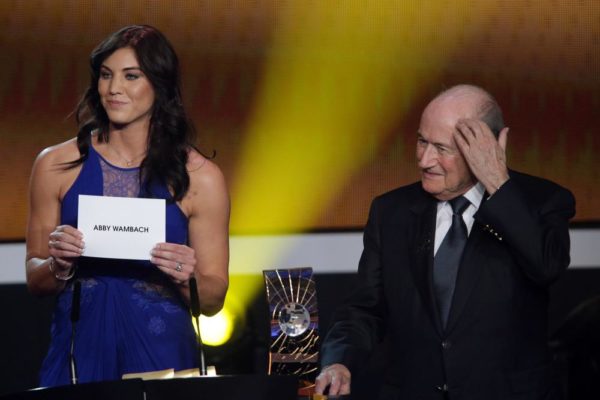 “I had Sepp Blatter grab my ass,” she told Portuguese newspaper Expressor.

The assault happened just seconds before she 2 went on stage to present the FIFA women’s world player of the year award which her teammate Abby Wambach won.

“This allegation is ridiculous,” Blatter’s spokesperson said in response.

I was in shock and completely thrown off. I had to quickly pull myself together to present my team-mate with the biggest award of her career and celebrate with her in that moment, so I completely shifted my focus to Abby.