"Everything went bad" after Serena Williams had her baby, spending 6 Weeks Bedridden 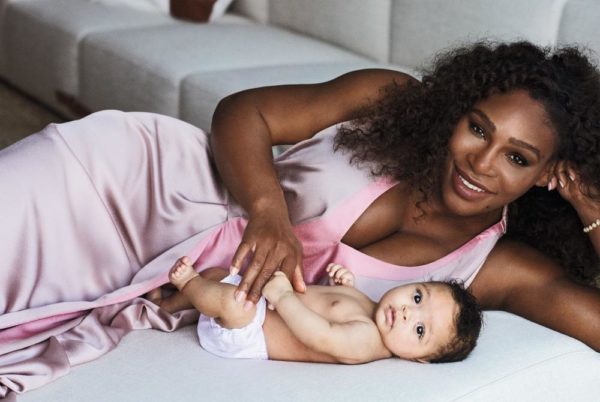 She’s won 23 grand slam titles, won the Australian Open 2 months into her pregnancy, but childbirth was a tough match for Serena Williams.

The tennis champion, in her cover story in Vogue, shared how her medical history left her bedridden after she had her baby Alexis Olympia Ohanian Jr.

Serena had had an emergency C-section to birth Olympia after her heart rate dove dangerously low during contractions.

While the surgery went smoothly, her husband Alexis Ohanian cutting the cord, what followed wasn’t so easy.

While recovering the next day at the hospital, Serena felt a shortness of breath.

What happened was Serena, who has a history of blood clots, takes blood thinners every day to prevent the clots from forming. Because of the surgery, she had stopped taking the blood thinners.

Serena, because of her history of blood clots, immediately believed she was having another pulmonary embolism.

She walked out of the hospital room to avoid worrying her mother, and between gasps told the nearest nurse she needed a CT scan with contrast and a blood thinner right away.

A CT scan revealed several small blood clots had settled in her lungs, and minutes later she was on a drip.

But the entire process unfolding was in its first stages.

Her C-section wound popped open from the intense coughing caused by the pulmonary embolism, and during surgery they found that a large hematoma had flooded her abdomen.

She finally had to return to the operating room to have a filter inserted into a major vein, in order to prevent more clots from dislodging and traveling into her lungs.

She returned home a week later to an entirely different type of bad news: the night nurse had fallen through.

Serena revealed that she spent the first 6 weeks of motherhood unable to get out of bed. Her husband, Alexis, said:

I was happy to change diapers, but on top of everything she was going through, the feeling of not being able to help made it even harder.

Consider for a moment that your body is one of the greatest things on this planet, and you’re trapped in it.

Serena did pull through, though, of course she did. But the first couple of months tested her in ways she never did. She said:

Sometimes I get really down and feel like, Man, I can’t do this. It’s that same negative attitude I have on the court sometimes. I guess that’s just who I am.

No one talks about the low moments—the pressure you feel, the incredible letdown every time you hear the baby cry. I’ve broken down I don’t know how many times. Or I’ll get angry about the crying, then sad about being angry, and then guilty, like, Why do I feel so sad when I have a beautiful baby? The emotions are insane.