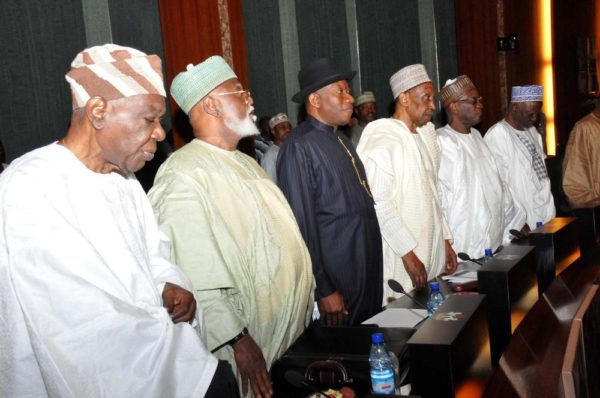 The Federal Government has approved the release of ₦280.1 million to former presidents and heads of states for the purchase of cars, Punch reports.

Vehicles worth ₦280.1 million were to be purchased for the former leaders, but it was reportedly decided for cash payments to be made instead.

₦40 million has reportedly been released already, with ₦240.1 million still to be released.

The former Vice Presidents include Abubakar Atiku, Namadi Sambo, the late Alex Ekwueme, and all former chiefs of general staff.

For 2018, another ₦96 million has reportedly been budgeted for the procurement of vehicles for former presidents, and ₦90m for former Vice Presidents.

Protesters in Kano demand for release of El-Zakzaky | WATCH

Jeff Bezos’ Net Worth increases by $6.1bn in 5 Days