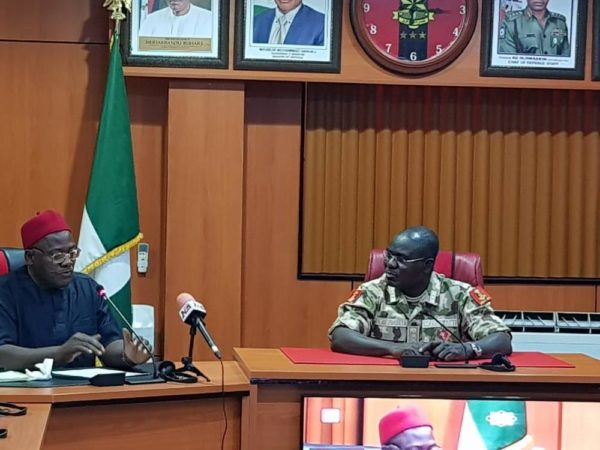 The Nigerian Army and Innoson Motors, an indigenous vehicle manufacturing company, are entering a partnership for the manufacture of locally made military equipment and vehicles.

In line with the the partnership, the army would acquire 100 variant of utility vehicles from the company to support its operations, especially in the North-East.

The Chief of Army Staff, Lt. Gen. Tukur Buratai, announced this when the management of the company, led by its Managing Director, Innocent Chukwuma, visited the army headquarters.

Buratai also said that the army will partner with the company in the modification and production of other military equipment, including armoured fighting vehicles.

He said so far, the army had already acquired 40 vehicles from the company after it donated three vehicles to the Theatre Command of the Operation Lafiya Dole.

Buratai said the the 40 vehicles were acquired after the donated vehicles were tested and found suitable for the North-East terrain.

He added that the vehicles were deployed in combat operations and “proved to be useful, comfortable and convenient for military operations.”

He, therefore, solicited the cooperation of the company in building the capacity of its personnel.

The army chief said this was necessary now that the army was assessing its special vehicle plant and central workshop located in Kaduna State and other areas to in order to produce required equipment.

Chukwuma expressed delight that the vehicles the company had donated to support the counter insurgency operations were found suitable.

He commended the Nigerian Army for its patriotism and the success it had recorded so far in the fight against the Boko Haram terrorists.

He promised to assist the army in its quest for better vehicles for troops and resuscitation of its vehicle plant and workshop.

Trump to announce Awards for “Most Dishonest & Corrupt Media”