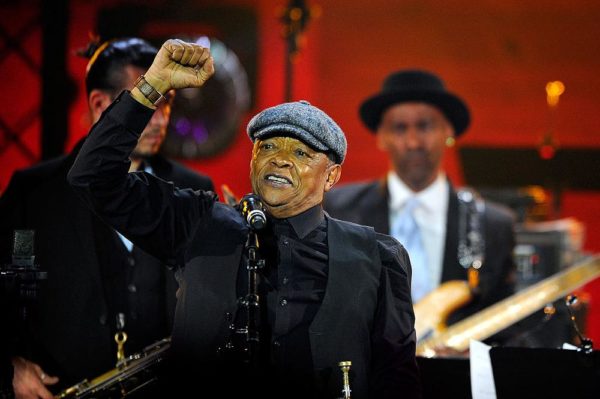 The South African Minister of Arts and Culture Nathi Mthethwa confirmed the news on his Twitter, writing:

A baobab tree has fallen, the nation has lost a one of a kind musician with the passing of Jazz legend bra Hugh Masekela. We can safely say bra Hugh was one of the great architects of Afro-Jazz and he uplifted the soul of our nation through his timeless music. #RIPBraHughMasekela

In a statement released by Masekela’s family, it was revealed that the jazz trumpeter passed after a battle with prostate cancer.

“After a protracted and courageous battle with prostate cancer, he passed peacefully in Johannesburg, South Africa, surrounded by his family,” read the statement.

Masekela was prominent in the South Africans fight against apartheid, his 1987 hit “Bring Him Back Home” becoming the theme tune for Nelson Mandela’s world tour after his release from prison.

Details of his memorial and burial will be released to the public soon, the family said.

The Big Boss! Google celebrates Nigerian Football Legend Stephen Keshi with a Doodle on his Birthday