Akpo Uyeh: Is it Really So Difficult to Work For a Boss Younger than You? 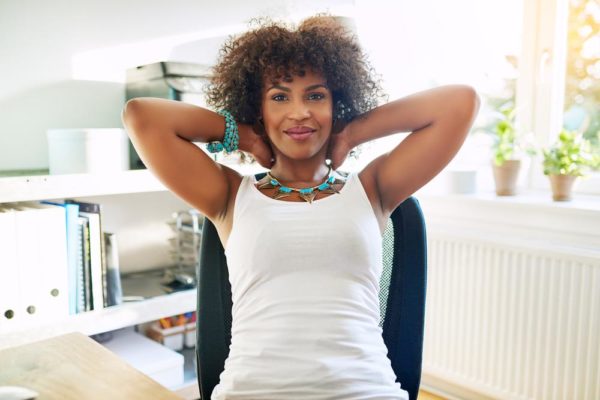 Even though we are made to believe that age is just a number, it is very serious issue…particularly in the African setting. Older people usually have the lion’s share and the best of everything. They are more privileged, believed to be more experienced, matured and of course responsible.

In some cases,  it is believed that older people are more ripe for marriage than younger people because they appear to be  better off in their choices having had their share of life experiences.

This sometimes trickles into the work place. Ideally, one is supposed to have a boss that is older and more experienced; that way you don’t feel intimidated or envious. The workplace would be conducive and less tense, since you know your place. But, what happens when it is the reverse?

For Betty, as she welcomed the new year, it was time for her to make a shift from her comfort zone in her workplace. Having spent five years in the same position, with no promotion, no form of visible growth and to top it all boredom of the highest order due to doing the same routine week in, week out, she thought it best to seek for another job. This time, she aimed for a higher position with obviously a higher pay in a new establishment.

She was fired up. You know the new year feeling, when you feel motivated to pursue new goals. One of her goals was to make the switch into better establishment with better opportunities, exposures, skill acquisitions and mouth-watering worker’s package.

As she made adjustment to her CV, she embarked on a job search, sent in her applications, kept her fingers crossed while hoping for positive outcomes. Soon, her phone beeped, it was a message that she had been shortlisted for a job interview in three days time.

Her next move was to prepare for the interview as the day drew closer. The day before her interview, after ironing her wear for the interview, she packed all the needed items into her handbag. Looking at the mirror, to see her facial expressions and body language  as she rehearsed possible answers, she felt confident that she would definitely get the job.

Fast forward to the D-day, she woke up quite earlier than usual, performed her morning routines and left for the job interview. Thankfully, she got there on time. She would have been disappointed if she had allowed the traffic show its ugly head. She was the first candidate at the job interview. That was a good sign for her.  Taking a deep breath before she was called upon, Betty maintained her composure and calmness.

Then, the time drew near and she was ushered in to meet the interviewer. As she opened the door, she was shocked to her bone marrow. The interviewer was a much younger lady than herself. Betty was in her mid thirties and the interviewer should be around her mid twenties. In her mind, she was like ‘What does this  one know?’

Looks can be deceiving, true! but she was sure than she was very much older than the interviewer. She had already started calculating how she would be saying ‘Yes Ma’ and taking orders from this young lady.

Based on the research that she conducted on the establishment, she was expecting to meet with the Managing Director. It was later that she learnt the person had retired recently before handing over to his daughter and that was the person interviewing her.

Even though, several thoughts were going through her head, Betty carried on with the interview professionally. She saw that the lady in question, even though younger, demonstrated competence, high level of expertise and IQ. She didn’t know whether she would like to work for someone younger than herself.

Being the eldest child in her family, she wasn’t answerable to her younger siblings,  who looked up to her for virtually everything. This was going to be a tough pill to swallow if she lands the job.

As she left the place of her job interview, pride crept in and Betty muttered that she would not like to work for someone younger than herself. It was ‘unto the next one for her’. She took time to  google her interviewer name and what she saw was very impressive. Her academic and professional qualifications were no where near hers yet she was older. For her, it was a wake up call, to acquire more skills, do a professional course, go for a higher degree, anything to step up her game but working for her junior, obviously a no-no.

On the flip side of side,  we see older women getting married to much younger men acknowledging them as the  head and being submissive, so then why is it difficult for people to work for younger bosses in the workplace?

Your Better Self with Akanna: Don’t Be the Exception, Be the Example – Part 2