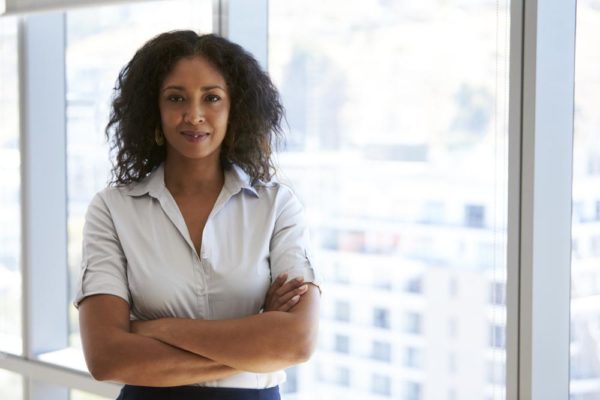 In today’s world, it seems like there are three kinds of people:

1. Those that follow the crowd and conform to societal norms.
2. Those that dismiss societal norms without investigating first and forming contrary opinions.
3. Those that observe, think critically, educate themselves about various sides of the issues, and then decide.

The lesser population of the three would be the third cate

I alternate between sadness and anger each time I go on social media to read comments on controversial posts that include religion, feminism and politics. The ignorant conformists under category #1 are not much of a problem to me. The ones that do my head in fall under category #2. They seem to conform to the nonconformist peer pressure that mandates you to have contradictory viewpoints from the “norm”; it doesn’t matter what their personal notions, perceptions and beliefs are about the topic, just as long as it deviates from the mainstream.
Their knowledge about the acquired school of thought is generally vague, as they could care less about in-depth research on the said issue. Their idea of knowledge is regularly what they have been told or what they have heard. You often see them try to liberate the masses by passing their alternative views in the most insensitive way possible; rebuking the “unliberated” and their generations while they are at it. This class of people are the ones I tend to call the conformist nonconformists.

I consider myself to be a non-conformist to a certain extent, because I’m not that much of a fan of the mainstream in a lot of aspects. I do my best to question what is popular, rather than hopping on bandwagons at the first instance. However, being a non-conformist in a conformist society doesn’t make one any different from the next person. A true non-conformist knows that the whole reason for non-conformism is to not live unconsciously and thoughtlessly. It is to get in touch with who you really are and express your own individuality.

Asides the keyboard champions, I have come across several real-life experiences. The co-worker who argues that employment is slavery, but not before castigating employers. Ok, I see your point but why are you here and what are you doing about starting your own thing? And by the way, are you looking to employ when you start doing your own thing? I asked. I’m just waiting for the right time to start my company. I will employ people but they will be under me so I won’t have to answer to anyone – the co-worker said.

Ahah! I saw the real problem there but I knew better than to argue. Let’s talk about the self-acclaimed feminist friend who said that when she gets married, she will not be found cooking for her husband. Different strokes for different folks, so I thought that was OK until along the lines of the conversation, she went on to say…” but my husband would have to cater for my needs and that of the kids”. Since both of you would be working, what would you be responsible for? I asked. “My money would be my money now, is he not the head of the house?” she replied.

I’m all for women’s’ rights, but I thought that was more of greed than anything. That isn’t what I understand feminism to be all about.

The examples go on and on.

In my opinion, asides the fact that this class of people conform to be nonconformists because it goes against the traditional grain or the mainstream, they also want to be perceived to be their own person or just simply want to sound smart. They believe that being a true nonconformist equates to having street cred.

A wise man once said that we all live our lives within a giant melting pot of borrowed ideas. Our beliefs and views about ourselves and the world are nothing more than a collage of things we’ve heard from other people, or ideas we’ve picked up and patched over our existing mesh of ideas along the way.

We pick up new ideas, new beliefs at any time and shed the old skin of what we no longer identify with. Some of us are fortunate to gain alternative insights on common established beliefs, as well as the privilege to effectively challenge the status quo, when the opportunities present themselves.

Embrace the system or rage against it, but do so consciously and deliberately. It is OK to express your opinion on a certain topic. It is also very OK to encourage people to follow your own true and effective path. However, how you do it is KEY. Blindly admonishing people for having certain beliefs (which we ourselves may have had before our “redemption”) is pretty silly. And more importantly, before you do it, be sure to have your facts right and be comfortable to competently challenge any counter opinions. While you are at it, always remember that life is dynamic.
When you blindly, unquestioningly conform to everything, you lose your sense of self. When you challenge and reject everything, you lose your connection to the human race. The ultimate goal is to effectively navigate the path between the two extremes. That being said, the earth is ever evolving, directly and indirectly affects us. There are some beliefs we held onto before now which we no longer do, and vice versa. Each person is at their own personal phase of life. So, whether you are a nonconformist or a conformist nonconformist, your life is subject to change. Express yourself and your opinions authentically.

Accept that who you are now and what you believe now may not be the same in 5 years or 5 minutes because as you grow and change, so will your dreams and desires. The ONLY thing that should never change should be your integrity; integrity does not differentiate between what’s popular and what’s not.

We human beings are like the notes on a keyboard. The keyboard represents our lives while the musician represents external influences such as knowledge gained and experiences that influence our lives. Just as a musician plays the notes on the keyboard at different lengths, in different time signatures and varying progressions to produce different kinds of melodies, so are people and their thinking different. We all have different expressions of things and beliefs. In line with this, even if we are a wonderful sect of the world who constantly battle with how to simultaneously hold both our sameness as human beings (our conformity) and our uniqueness as individuals (our nonconformity), we all need to put away bias and bitterness toward people who choose to follow the mainstream.

The whole unconventional eccentric thing is my style. It is the way I like to do things. But it is only just my way of rearranging my notes. It doesn’t necessarily make me any less inferior, neither does it make me superior.
In the end, every human being wants to be happy, but of course, there are many ways to get there and the path is different for everyone.

“One day, hopefully soon, I know I will be able to stand tall” – #BBNaija’s KBrule Speaks Out

Mr + Mrs = 100% Business Partnership! How to Make this Equation Work with Your Spouse