Seyi Banigbe: Interviewing Jadesola Osiberu Reinforced the Values of Being an Intrapreneur 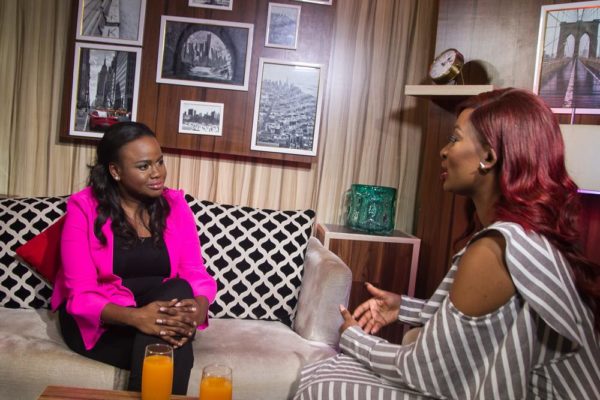 Yes, I know that some Nigerian firms provide challenging work environments;  I’m also aware of the extent to which unprofessionalism exists in the work place. It’s only in Nigeria that I’ve heard of bosses slapping their subordinates or having their junior colleagues run domestic errands like their job description said “domestic help”.
Despite all of these issues,  it is important we all choose the sort of employee we intend to be.  We must never allow ourselves to become products of “frustrated bosses”.

An unpopular but sure way to standout as an employee in the workplace is to be an intrapreneur! No matter what is said or done to you at work, do yourself a favour and become an intrapreneur.

You can’t be an intrapreneur and not eventually become well-respected/valued in your organization. Which employer does not like an employee that is always two steps ahead of him in innovation/strategy for his company?

Another perk to being an intrapreneur is that it develops you. As you exercise your brain and other resources to build your employers business, it trains you into becoming a better leader. You may someday be invited to own a part of your employer’s company, or you may get to start your own thing someday. Since you always made it a habit  to think like a CEO, you would more easily, blend into the CEO role way faster than someone who has always worked simply for the pay cheque. I dare say the best entrepreneurs, were once great intrapreneurs!

A classic example of a successful intrapreneur is Jade Osiberu, as we chatted on my talkshow, Binging with GameChangers, it dawned on me how the first movie churned out by her production company, was an instant hit. The babe had paid her dues.

She said that Ndani TV was an idea she suggested to her CEO during a period when the bank was seeking to restructure and transform its penetration strategy. I must give kudos to her ex-employers who did well to involve both high and low ranking staff to develop new strategy for the firm; but even bigger kudos to Jade who, at just 25, worked so passionately to the point where she could innovate something as cool as Ndani TV.

She was given the Ndani TV project to run, and as a good intrapreneur, she made that thing her baby, growing it to unprecedented heights. She also admitted to Ndani TV being her core source of media training. So you see, we have a WIN-WIN scenario.

Jade built one of Nigeria’s foremost online channels for her employer but also got all the training required to make her a force in film production.

She has now set up her own company and has obviously started out on a very good note with a production like “Isoken”. No flattery intended, but if anything as good as “Black Panther” (yeah, Wakanda forever! I’ve joined the tribe!) will be coming out of Nigeria, I’ll be expecting it from folks like Jade Osiberu.

Becoming an intrapreneur isn’t hard, If you make a habit of consistently researching into your employers area of business with the aim to improve the existing business structure/activity at your employer’s organization, you’ll become a star in no time!

After Five: 5 Tips For Avoiding Being the Victim of the Security Guard Hustle

Your Better Self with Akanna: My Top 10 Books So Far

Seyi is a corporate lawyer and serial entrepreneur. She is founder of popular jewellery brand, Bland2Glam; and also founder of Deterge, a water dispenser cleaning and repair company. Seyi had a successful legal career with PricewaterHouseCoopers Nigeria and other firms alike but recently left her 9 to 5 to co-found Nibo & Tac Legal Practitioners where she is a partner. Seyi's latest project is her entrepreneurship/career focused talkshow called "Binging with GameChangers" and she still can't believe she is now a "talkshow host". Seyi describes herself as a foodie et fashion-lover and can be reached on social media @sheyiban.