According to her, Big Brother Naija 2017 which was tagged See Gobbe has been the best Big Brother to hold since its inception in Africa, in 2003. The actress also implied that this current BBN isn’t fair and it is based on who you know. 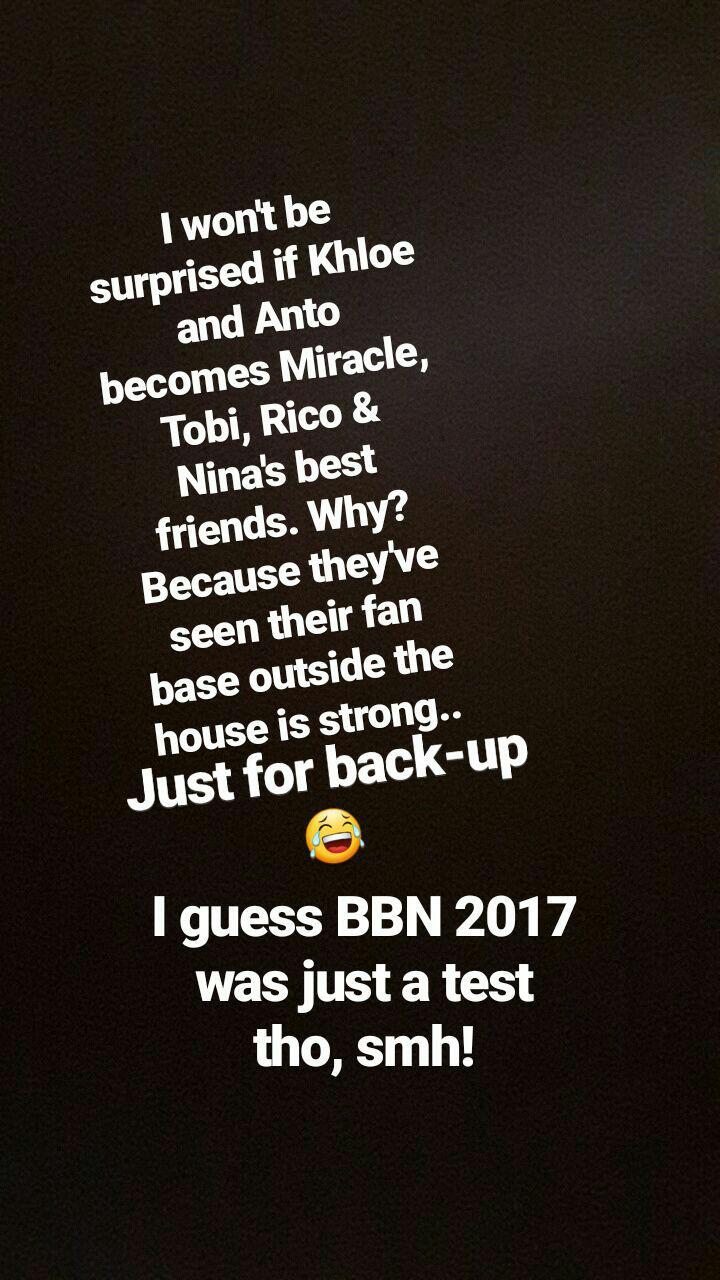 #BBNaija: CeeC, BamBam, Teddy A & Nina NOMINATED for Possible Eviction! Who do You think will Leave on Sunday?