Chimamanda was at the event for a special reading of her book, Dear Ijeawele or A Feminist Manifesto in Fifteen Suggestions, a letter she wrote for a friend who had just given birth to a girl.

At the event, fifteen women of all ages and backgrounds read, in their language, passages from the book. Chimamanda herself read a passage from the book in Igbo. Among the readers were actresses Aïssa Maiga and Leila Alaouf, and singer Barbara Hendricks.

The reading was followed by a conversation with Chimamanda Ngozi Adichie moderated by Sylvain Bourmeau, journalist and producer of the show La Suite dans les Idées on France Culture.

For the event, Chimamanda who has been on a Wear Nigerian campaign since last year, wore a purple floral dress by Nigerian fashion designer Ejiro Amos Tafiri.

Check out her outfit below. 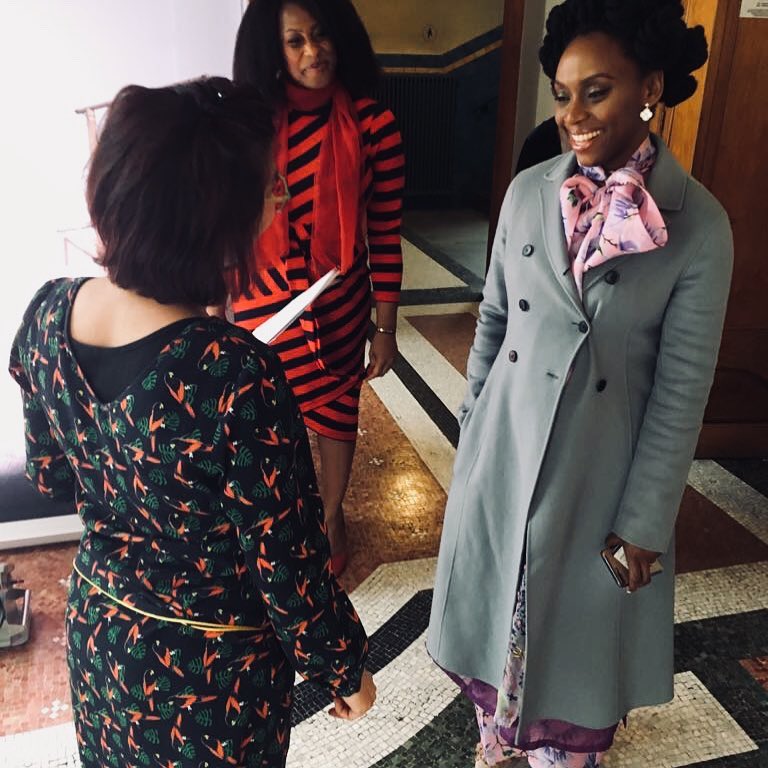