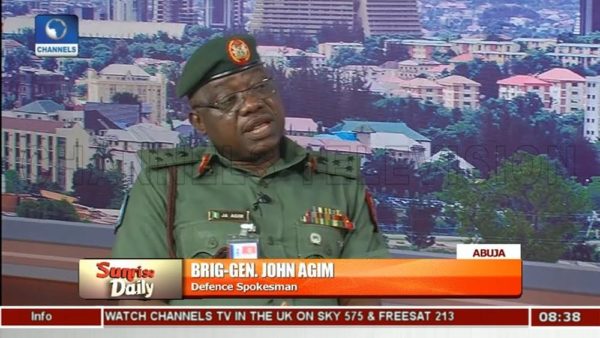 Brig-Gen John Agim, the defence spokesperson, has revealed that the military was asked to hold fire to allow Boko Haram insurgents return the 110 girls abducted from Dapchi.

Agim, speaking on Channels TV’s “Sunrise Daily,” was responding to the videos circulating showing the people of Dapchi rejoicing with the insurgents as they rode out of the town.

Agim said free passage was given to the insurgents to allow them return the girls safely.

“Amnesty International, we’ve discussed that they’re not a friend of Nigeria,” he said.