Telecoms giant Globacom Ltd, popularly referred to as Glo, has been accused of mass-sacking members of staff who are female and married. The brand has however released a statement debunking the claim, saying retrenchment is based on performance, and that “a letter in circulation is a forged document.”

The former staff members have alleged that although a few men and single ladies were also let go, married women were the most affected.

An unverified document shared by Twitter user @duchesskk showed that of 97 women let go by Glo, only 4 were single, while the rest were married.

So based on this and all the reports I want to understand why @GloWorld is saying it’s not about them being married women. I’ll continue to add to the thread and if you have more info please add. I just want them to be clear on what the issue is. pic.twitter.com/Dt88fxXI2P 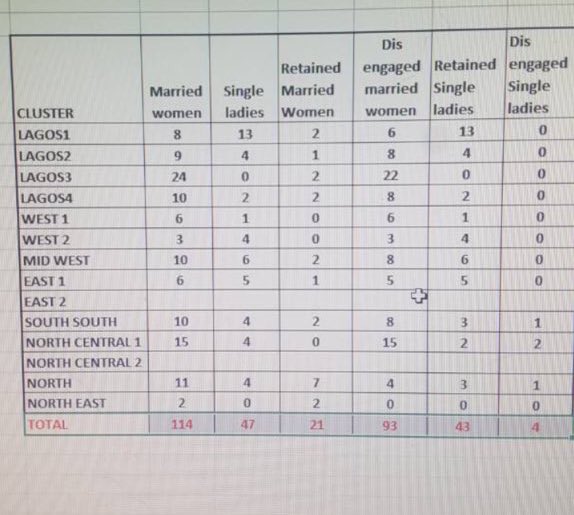 There have been protests in Enugu and Lagos, with some affected former staff members granting an interview to TVC’s Let’s Talk.

An excerpt of the interview of the married women sacked by Globacom Ltd that aired on TVC Lagos recently pic.twitter.com/aiYCPjGvCD

Glo has refuted the claims that married women were targeted in the mass sack.

In a statement released on its Twitter, the company said both male and female, single and married, were let go. It wrote:

Globacom has in the recent past let go of employees, both male and female, married and single, due to performance issues. It is not true that this was restricted to married women alone.

Globacom has in the recent past let go of employees, both male and female, married and single, due to performance issues. It is not true that this was restricted to married women alone. pic.twitter.com/m6gWtUqmaM 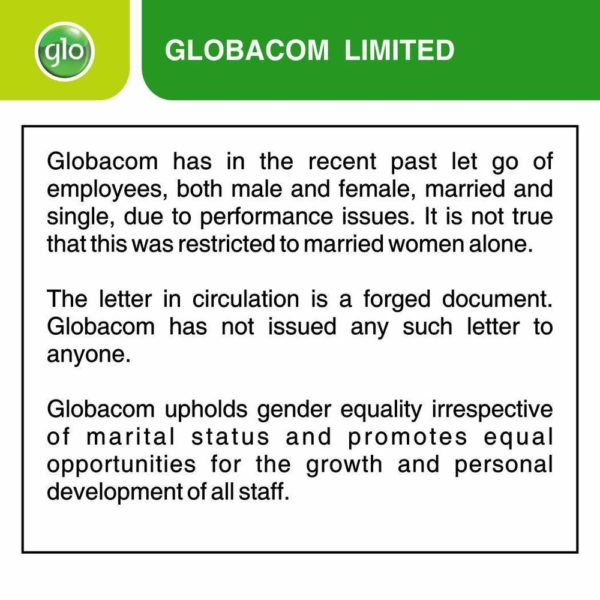 The women have said legal action is being taken to ensure they are compensated for the alleged discrimination.

This post has been updated to add the company’s statement to the title.