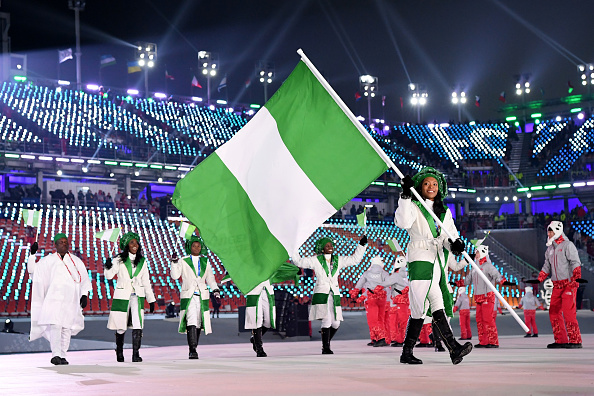 Flag bearer Ngozi Onwumere of Nigeria and teammates enter the stadium during the Opening Ceremony of the PyeongChang 2018 Winter Olympic Games. (Photo by Matthias Hangst/Getty Images)

Finland comes out tops, coming from fifth place in 2017 to overtake Norway.

Burundi can be found at the very bottom, the list ranking for things such as GDP per capita, social support, healthy life expectancy, social freedom, generosity and absence of corruption.

The United States is in the 18th position with the UK in 19th.

The top ten happiest countries are: