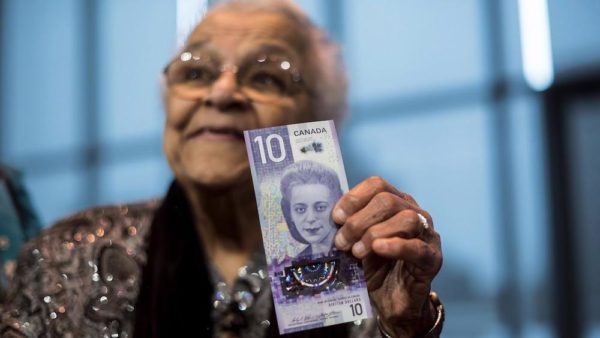 Desmond had refused to give up a seat meant for white people at the cinema, and was prosecuted for trying to defraud the provincial government of 1 cent.

She had lost the case and was convicted and fined 26 Canadian dollars, a move which “paved the way for a broader understanding of human rights across our country,” Bill Morneau, the finance minister said.

Desmond becomes the first black person, and the first woman other than a royal, to appear alone on a Canadian currency.

From Survivor to Advocate! #BellaNaijaWCW Oluwaseun Ayodeji Osowobi wants Everyone to “Stand to End Rape”