Topaz Akins: Get Smart! Artificial Intelligence is The Future of the Workplace 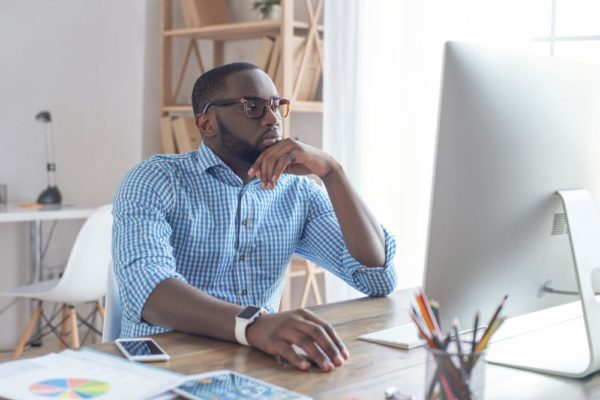 Can you cast your mind back to when ATMs (Automated Teller Machines) were newly introduced into the Nigerian banking sphere? Certainly, not everyone was prepared to embrace the change wholeheartedly. While some conservatives were being cautious with the novelty, some others wanted nothing to do with it.

Today, we have ATMs dotting our city streets and malls, with a vast majority of us daily enjoying the service experience these amazing machines have to offer.

As the scope of A. I (Artificial Intelligence) keeps expanding by the day, man-made systems and devices become increasingly capable of being able to successfully mimic quite complex cognitive functions associated with humans such as learning and problem solving.

Artificial intelligence, as opposed to natural intelligence, is the intelligence associated with and demonstrated by machines and other intelligent systems which are capable of interacting with their environment by perceiving and then taking choice actions that maximize the probability of achieving set targets. Of the seven characteristics of living things, humans have gifted these systems with the capability for sensitivity and sometimes movement, as the case may be.

Recently, we’ve had unmanned shuttles being sent to space, drones being deployed for specific missions, driverless trains shuttling the subways in some countries. Soon, we’ll have driverless cars joining the mix.

Already we have automated production lines with robots carrying out major tasks, robots successfully serving meals in restaurants and others deployed as receptionists in hotel lobbies. We also have computer programs developed towards insurance, legal cases and medical diagnosis. Algorithms, the key ingredient of computer programs, are now used in the design of new drugs. They can also decipher a person’s online habits- this has recently been incorporated into online marketing & advertising by e-commerce firms.

A.I has a myriad of advantages over natural intelligence. A.I systems operate at incredible speeds and are able to perform tasks at a minute fraction of time compared to humans. A.I systems are also capable of 24/7 operations, as they have no need for food, rest and holiday. They are also not prone to distractions, mood swings or emotions like humans. With A.I, accuracy levels are close to perfection, and the chances of bias are almost eliminated –  as they can be made to have access to more information. They are able to make more informed and reliable decisions.

Whilst the reality of the 21st century is the continuous disruption of the workplace by machines and associated technology as a result of A.I, (it is agreed that these devices are better than humans in solving logical and or analytical problems), numerous opportunities will abound, In the same vein,  certain tasks hitherto done by humans will be delegated to these systems, as it makes economic sense to do so.

It means humans can now focus on creative thinking and other higher realms of work (man is a spirit being), together with key elements of work which matter most; leaving the physically tasking, monotonous, repetitive and perhaps boring aspects of the work to these devices.

To prepare for the inevitable influence these devices will have on our workspace, we have to acquire, nurture and develop certain skill sets to remain relevant in the workplace. Hone the skill sets that emphasize our uniqueness and the edge humans have over these devices. Inter-personal skills, team-working skills, and problem-solving skills (idea bank & creativity) are some of the skill sets that will be in demand. After all, we will still be needing people to do inter-personal tasks.

Your Better Self with Akanna: Know Your Craft

An Engineer fascinated by the world of business, it took sheer moxie to pitch his tent in the field of innovation where he devotes his time to designing new businesses and products & remodelling existing ones. Outside of work, he is an avid reader and a prolific hiker. With the best partner in amazing Kiki, together with adorable Zina and bubbly Naeto, home surely is where the heart is.