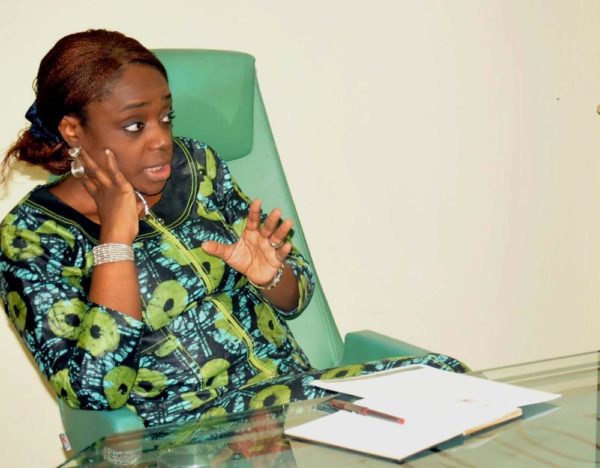 According to Premium Times, Minister of Finance Kemi Adeosun, Senate President Bukola Saraki, leader of the House of Representatives Yakubu Dogara, and the Accountant General of the Federation Ahmed Idris are involved in a ₦10 billion scandal.

The sum is not part of the year’s budget, the paper said, and was not approved by President Muhammadu Buhari.

The sum was reportedly released as part of a secret ₦50 billion approved for the completion of “constituency projects.”

A list of 82 contractors were allegedly submitted by Saraki and Dogara who they claimed the National Assembly was owing, thereby gaining approval to receive the ₦10 billion.

Premium Times reports that due process was not followed in the release of the sum, as the finance minister failed to demand the appropriate documents such as the award of contract letters and the Certificates of No Objection.

It was discovered that at least 44 of the 82 contractors were not registered with the National Database of Contractors, a database of the Bureau of Public Procurement (BPP).

17 of the 44 contractors were reportedly found not be registered with the Corporate Affairs Commission (CAC).

Another sum of ₦485 million was found to have been allegedly released to Saraki for the construction of model junior secondary schools in his district Kwara Central.

“Four hundred and fifty million naira (N450million) was approved for the project in the 2017 appropriation law. But an additional N35million cash was released for its execution, in clear breach of the law,” Premium Times stated.

Both Saraki and Dogara have refused to comment on the allegations.

When questioned, Adeosun referred Premium Times to the office of the Accountant General, who said the payment was from a ₦20 billion service-wide vote “provided for local contractors’ liabilities under the 2017 Appropriation for all Ministries, Departments and Agencies (MDAs) and institutions of Government.”

Arsene Wenger to leave Arsenal after 22 Years in Charge