People had complained that the numbers didn’t add up when after the #BBNaija live eviction show Big Brother showed us how people voted.

Big Brother however quickly corrected itself, releasing new numbers on its Twitter with Nina’s bumped to 45.44%. The account wrote:

Dear viewers, An incorrect percentage was published for Nina during tonight’s Eviction show. While we deeply regret this error, we wish to state that the audited and verified percentage for Nina is 45.44% as opposed to 44%. We thank you for your usual support & understanding.

See the two lists below: 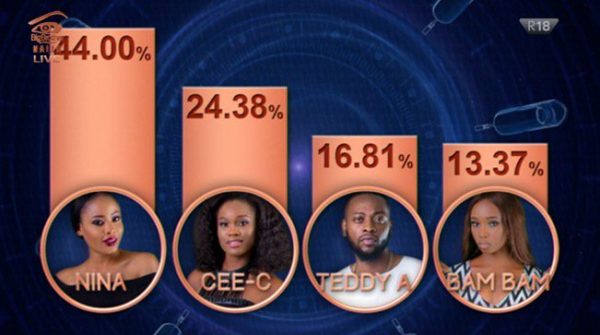