"Hidden Figures" is being made into a TV Series 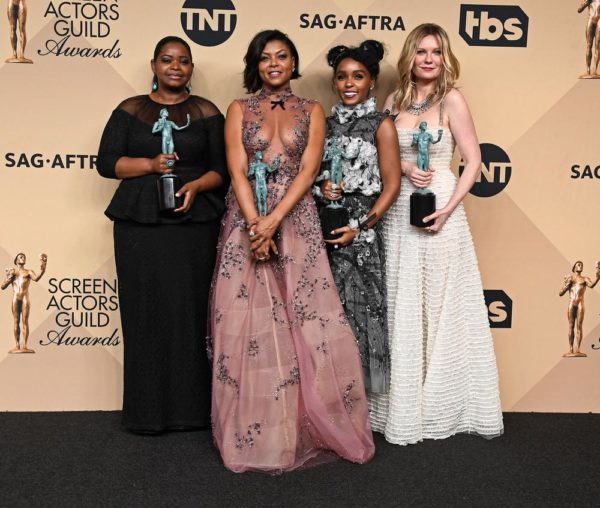 Actors Octavia Spencer, Taraji P. Henson, Janelle Monae, and Kirsten Dunst, co-recipients of the Outstanding Performance by a Cast in a Motion Picture award for ‘Hidden Figures,’ pose in the press room during The 23rd Annual Screen Actors Guild Awards at The Shrine Auditorium on January 29, 2017 in Los Angeles, California. (Photo by Frazer Harrison/Getty Images)

The movie, with leads Taraji P. Henson, Octavia Spencer & Janelle Monáe, which grossed $235 million, told the story of 3 black women instrumental to the rise of the US Space Program.

The movie, based on a book of the same name by Margot Lee Shetterly, was nominated for 3 Oscars.

The series is reportedly already in development, and will share the same executive producers as the movie – Peter Chernin and Jenno Topping.