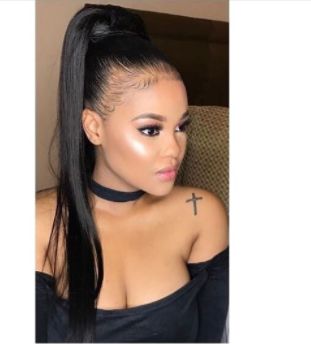 Nothing suggests that Karabo Mokoena, the South African lady whose remains was found charred and her boyfriend Tshepo Mantsoe charged for the murder, witnesses say.

Mokoena was reported missing on April 28, 2017 and few days later her corpse was found with her father saying Mantsoe confessed he was responsible.

Three witnesses debunked claims by Mokoena that she committed suicide. According to News24, Mantsoe previously painted Mokoena as a violent person who was “addicted” to the high life.

According to a statement read out in court last week, Mantsoe said that the deceased used to beat him up, adding that she became depressed after she was raped by her ex.

He also said that Mokoena used to cut herself, adding that her sisters are aware.

Two security guards at the Sandton apartment debunked claims that they once found Mokoena on the floor with a box of pills in an attempted suicide.

One of them Happy Maphiri said he had never entered Mantsoe apartment, while the other Lucky Nongoko said he helped Mantsoe unlocked his apartment after he said Mokoena locked herself inside.

Nongoko said that they found Mokoena sleeping and there were no pills around, saying that she told them she didn’t hear him knock.

Another witness Tapiwa Majengwa, a cleaner in the apartment building said on April 29, 2017, one day after Mokoena was declared missing, he found her passport and ID Card in a dustbin on the same floor as Mantsoe’s apartment.

The state has closed its case against the accused.

It’s about to get Turnt! Hang with Wande Coal, DJ Baggio & Shody at the Club with Remy Martin Tonight, April 27th