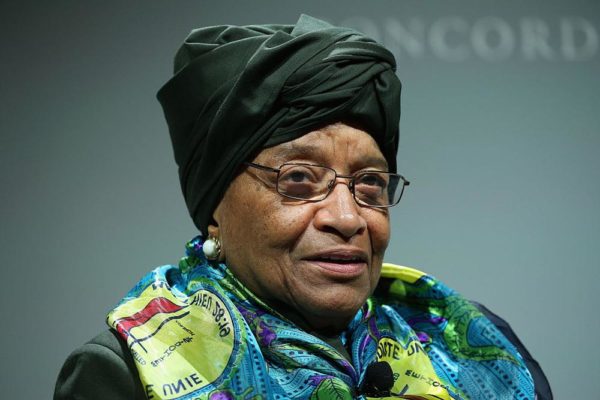 Ellen Johnson Sirleaf, the former President of Liberia, has received the 2017 Ibrahim Prize for Achievement in African Leadership.

Johnson-Sirleaf in February, became the first woman to win the prize, in recognition of her efforts to rebuild her country following two devastating civil wars.

Speaking to guests at a special Leadership Ceremony in Kigali Rwanda and around the world, Sirleaf said:

I’m honoured to be this year’s recipient of the Ibrahim Prize for Achievement in African Leadership. I receive this distinction on behalf of the many women and men who helped to navigate the profound complexities of the post-conflict country that is Liberia. As the first woman to receive this award, it is my hope that women and girls across Africa will be inspired to break through barriers, and push back on the frontiers of life’s possibilities.

The Ibrahim Prize recognises and celebrates excellence in African leadership. It is a $5 million award paid over 10 years, and $200,000 annually for life thereafter.

Madame Sirleaf embodies the type of role model the Prize is intended to honour. It recognises not good leaders – of which Africa has many – but truly exceptional figures, who, by their nature, are rare. We are looking for leaders who leave their country in a far better state than when they took office, who have strengthened the trust of their fellow citizens in state and leadership, and who have built a strong legacy.

It is wonderful to have a winner this year, and it is also wonderful that the winner is a she. How fitting that President Sirleaf is honoured here in Rwanda, as nobody has done more for women, and the gender issue, than Rwanda.

In some years, the award, which was launched in 2006, has not been awarded as no candidate was considered good enough.

The Leadership Ceremony is at the heart of the 2018 Ibrahim Governance Weekend, the flagship event of the Mo Ibrahim Foundation which takes place in a different African country each year.

The Ibrahim Forum will bring together experts from across Africa and the world to discuss ‘Public Service in Africa’ – its relation to good governance and effective leadership, its new challenges and current shortcomings, and the ways and means to strengthen it and make it appealing to the next generation.

Young representatives from all over the continent also discussed the topic in a specially convened Next Generation Forum.