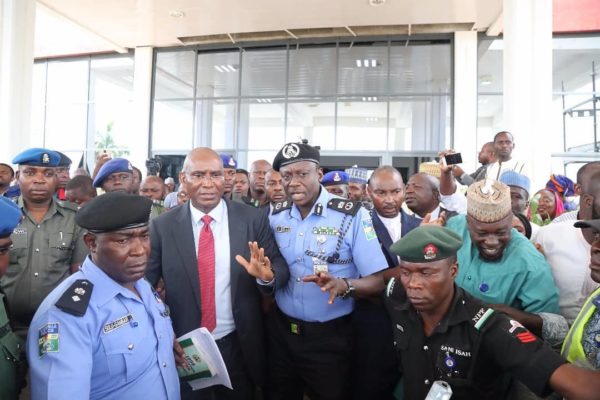 The senator who allegedly masterminded the theft of the mace from the plenary, Ovie Omo-Agege, has been arrested by the Nigeria Police Force, The Cable reports.

Omo-Agege had reportedly led hoodlums into the senate chamber to steal the mace.

He had just last week been suspended from the senate after claiming the elections timetable-reordering bill was targeted at President Muhammadu Buhari.

Omo-Agege had however attended the plenary on Wednesday.

Immediately after the session ended, officers with the Nigeria Police led him into a waiting police van.

“I have never made a statement against the LGBT community” – Fashola

Mace theft is an act of treason – National Assembly