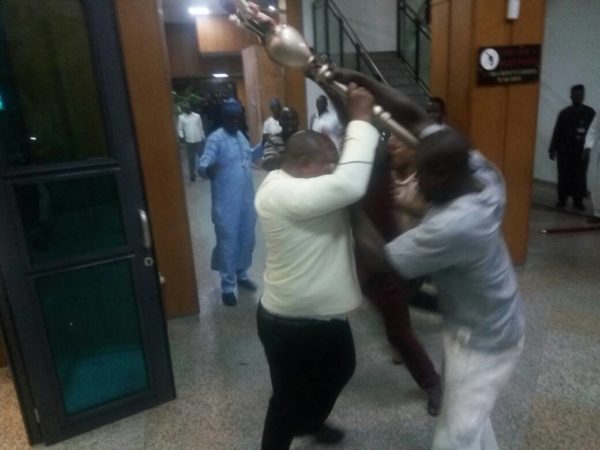 Unknown “thugs” on Wednesday stormed the Nigerian Senate, making away with the mace of office, The Cable reports.

The senate was in session when the thugs stormed in, reportedly accompanying suspended senator Ovie Omo-Agege.

The sergeants-at-arms were pictured struggling with the thugs to recover the mace.

Ike Ekweremadu, the Deputy Senate Leader, asked that the senators in session settle down for the continuation of the plenary, while promising that the thugs will be punished.

Omo-Agege and the thugs were said to have escaped with the mace in 3 waiting vehicles.

The Senate, in a statement by its spokesperson Abdullahi Sabi has said it is treasonous and has asked security agencies to retrieve the mace.