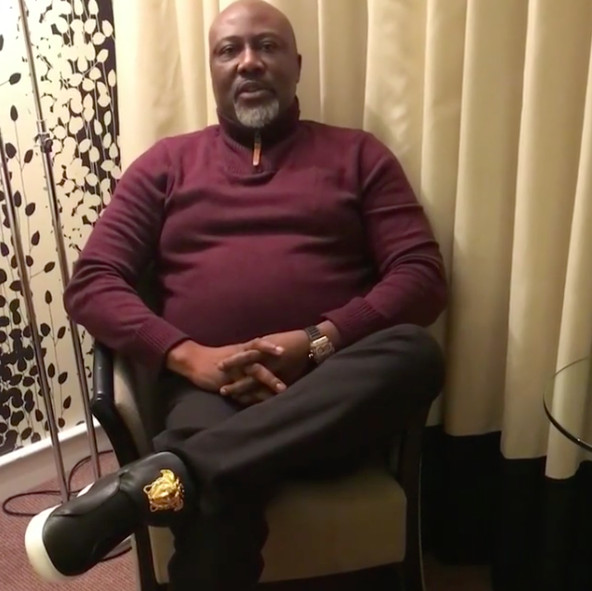 There was mild drama in the Senate chambers on Wednesday after Kogi West senator under the All Progressives Congress (APC), Dino Melaye asked to sit at the opposition wing of the chambers.

Melaye, according to Premium Times, attended plenary with a neck support, after weeks of hospitalisation and court visits. Melaye was injured after he reportedly jumped from the window of a police vehicle in an attempt to stop the police from taking him to Kogi state, from Abuja.

Raising a point of order on Wednesday, Melaye requested that senate president Bukola Saraki mandates the sergeant-at-arms to create a seat for him at the opposition wing of the chamber.

He later moved to sit beside former senate president David Mark (PDP, Benue), until his preferred seat was allocated to him.

This was after he thanked the national assembly, his constituents, the Nigerian populace, and the People’s Democratic Party (PDP) for their support.

Melaye has not made any official announcement as regards decamping to PDP or any other party.

The Fun is going down with Luc Belaire! Party with KCee & DJ Kaywise at Club 207 on Friday, June 15th