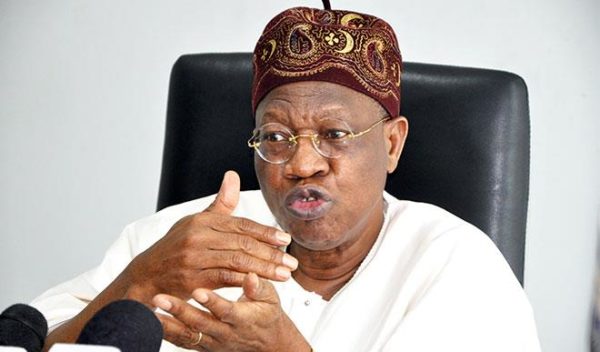 The federal government has spoken on the efforts being taken to secure the release of the last Dapchi girl, Leah Sharibu, The Cable reports.

Over 100 girls had been abducted by Boko Haram insurgents from the Government Girls Science and Technical College, Dapchi, in Yobe State.

105 girls were eventually returned, and while 5 girls were said to have died, the insurgents reportedly refused to release 1 girl, Leah, on the basis that she did not renounce her religion.

Leah’s father, Nathaniel Sharibu, had appealed to the media to put pressure on the government and secure the release of his daughter.

Minister of Information, Lai Mohammed, speaking with correspondents at the State House on Wednesday, said efforts are being made to secure her release. He said:

I think Mr President actually addressed that issue in Washington and my position is always the same that we are yet to resolve the issue of six girls.

A total of 111 girls were kidnapped, 105 were returned and we are busy on daily basis asking and negotiating and asking what happened to those five officially at least and then what is delaying the young girl, Leah Sharibu.

Negotiations with insurgents are quite tortuous and complicated at times but I can assure you we are not leaving her to her fate and those who should are daily busy working on her release.

Anybody who negotiates with insurgents and terrorists in the world will know that is not a direct face to face negotiation like we are doing. Thank you.