The Era of Extreme Fame Leverage! Kylie Jenner has Built a $900 Million Fortune in Less than 3 Years & Landed a Forbes Cover ?? 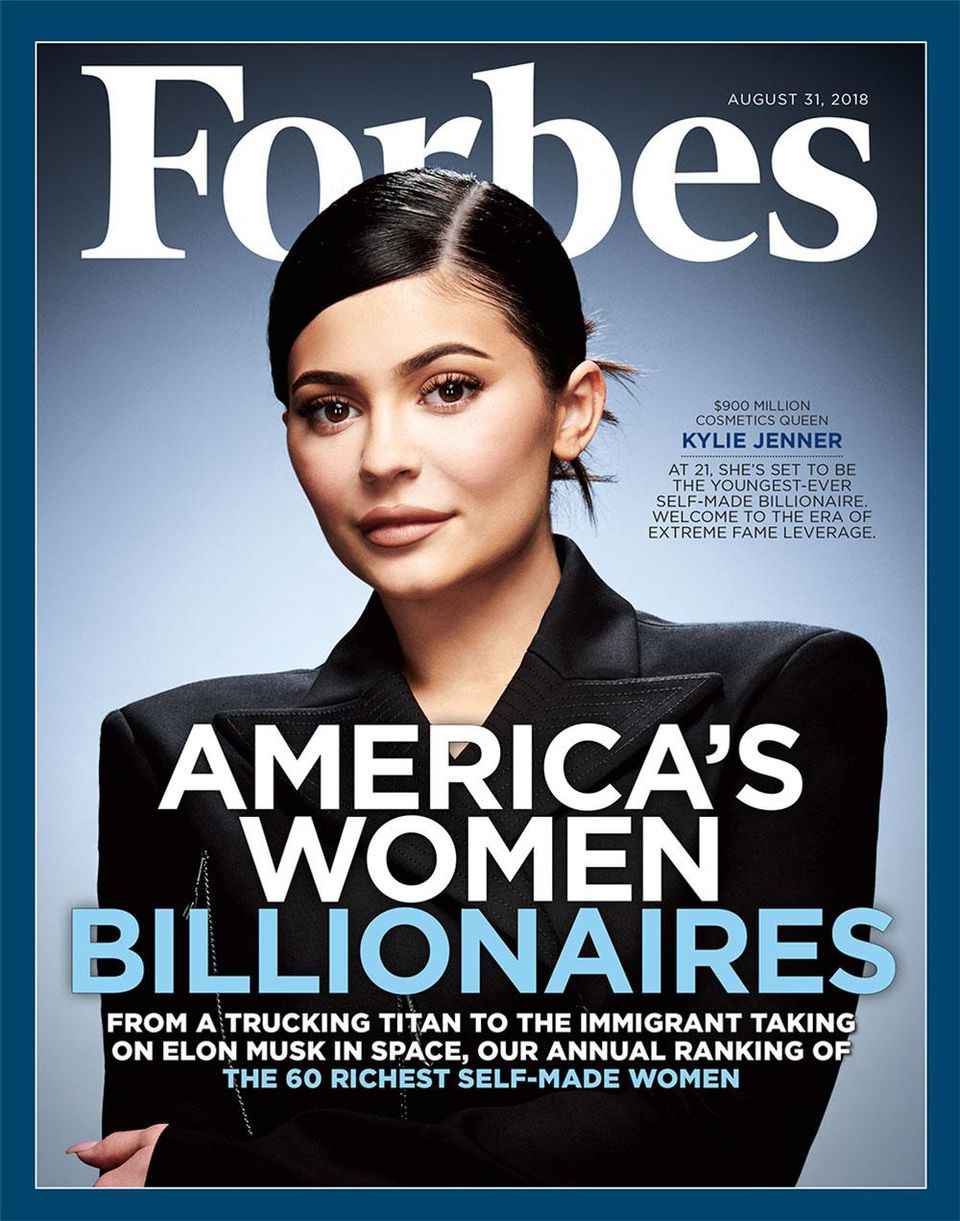 The 20-year old beauty entrepreneur and reality TV star is on the cover of Forbes Magazine‘s August 2018 issue as the magazine focuses on the 60 richest, most successful women entrepreneurs in America.

The combined net worth of the top 60 self-made women is now a record $71 billion, 15% more than in 2017. These women make their money in everything from fashion and retail to biotech to trucking to venture capital.

Kylie Jenner is the youngest on the list as well as a newcomer.

According to Forbes, Kylie is currently worth an estimated $900million thanks to her cosmetics line, an empire she has built in just three short years.

What her half-sister Kim Kardashian West did for booty, Jenner has done for full lips. Like Kardashian West, she has leveraged her assets to gain both fame and money. But while her sister is best-known for the former, Jenner has proved adept at the latter. In historic fashion.

Just 20 when this story publishes (she’ll turn 21 in August) and an extremely young mother (she had baby daughter Stormi in February), Jenner runs one of the hottest makeup companies ever. Kylie Cosmetics launched two years ago with a $29 “lip kit” consisting of a matching set of lipstick and lip liner and has sold more than $630 million worth of makeup since, including an estimated $330 million in 2017. Even using a conservative multiple, and applying our standard 20% discount, Forbes values her company, which has since added other cosmetics like eye shadow and concealer, at nearly $800 million. Jenner owns 100% of it.

Add to that the millions she’s earned from TV programs and endorsing products like Puma shoes and PacSun clothing, and $60 million in estimated after-tax dividends she’s taken from her company, and she’s conservatively worth $900 million, which along with her age makes her the youngest person on the fourth annual ranking of America’s Richest Self-Made Women. (We estimate that 37-year-old Kardashian West, for comparison, is worth $350 million.) But she’s not just making history as a woman. Another year of growth will make her the youngest self-made billionaire ever, male or female, trumping Mark Zuckerberg, who became a billionaire at age 23. (Snapchat’s Evan Spiegel also became a billionaire in his early 20s, though it’s less clear when he passed that threshold.)

Wizkid parties with Drake in London for ‘Scorpion’ Album Celebration