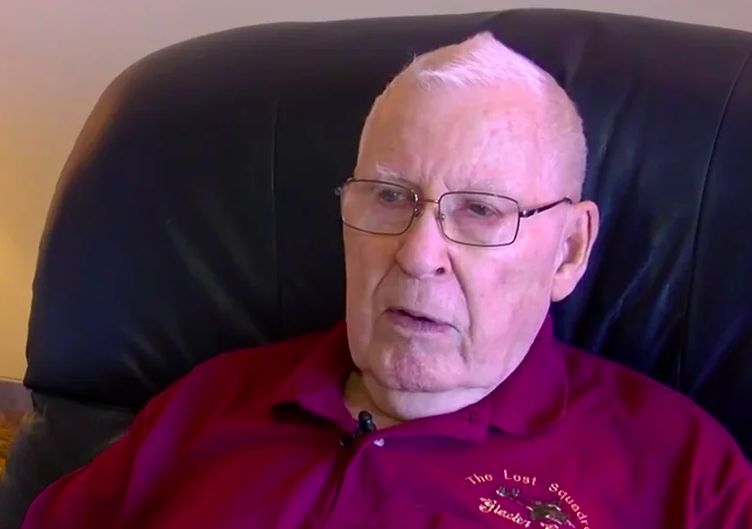 This 87-year old man is looking to hit the road as a truck driver, to foot his ailing wife’s medical bills.

Robert Blocksom and his wife Jelaine have had to sell their home, mobile trailer and other assets to cover her medical expenses, according to WEWS.

The couple also moved from their home in Middleburgh Heights, Ohio to an apartment easier for Jelaine to move around in.

“I’ve always liked driving, so I figured that I’d like to be able to make some money driving. That would be the best way to do it. I believe I can do this pretty well, and it would be a nice challenge and it’d be fun,” he said.

On her illness, Jelaine tells People: “I got a little bit of everything, but mostly I can’t walk very well, and I’ve had some breast cancer. I’ve just been diagnosed with asthma, so I’m having problems breathing. I was in the hospital twice last month. So it seems just about everything is falling off.”

Jelaine says she doesn’t like seeing Robert going back to work: “I would hope he wouldn’t have to do that, but he sees that as a way out,” she says. “It’s difficult, sure, but it’s harder on him because he takes care of me and the house. All I can do is make his meals for him.”

On what she loves about Robert, who she’s been married to for over 60 years, Jelaine said: “I can’t begin to tell you all that! I still love him as much as I did in the beginning, he’s a very good man, very honest, faithful, loyal. All the good things you like in a man.”

Robert joins over 255,000 of persons over 85 years old who are still in America’s workforce, according to Washington Post.

Robert, who used to work as a financial advisor before retiring, will begin classes for his commercial driver’s licence in September.

A GoFundMe campaign has been set up for the couple.

Watch his story below:

The trucking industry is dealing with such a shortage of drivers that they are considering hiring applicants like an 87-year-old Cleveland man who is looking for work after his wife got sick.http://bit.ly/2BZFBHI

Joe Hanson: Tips On How You Can Reduce Stage Fright