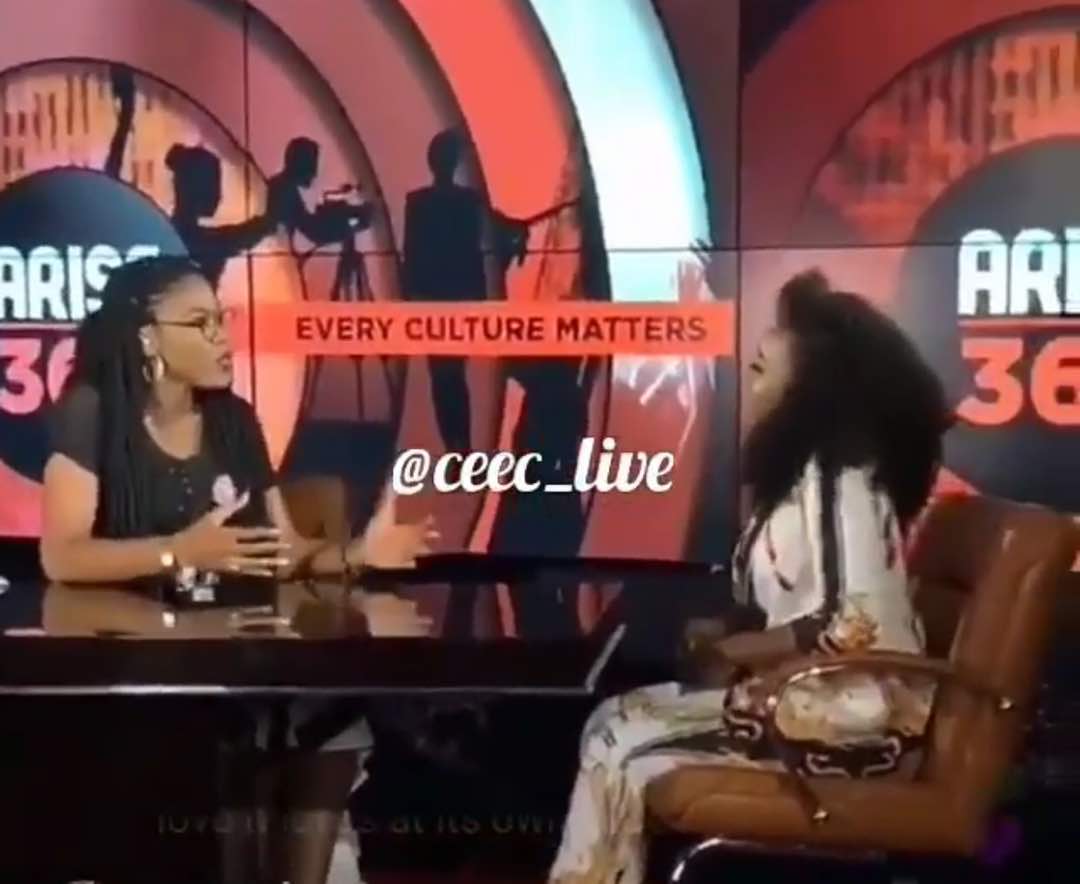 Former BBNaija housemate CeeC Nwadiora has denied posting the acid bath threat on her social media as a publicity stunt.

In an interview with Arise TV, the reality TV star revealed that she posted the photo to show fans interested in going for subsequent editions of the show the tough realities of being in the house asides the glitz and glamour.

On if she feels unsafe or frightened about the death threats, CeeC stated that her faith gives no room for fear. “No weapons fashioned against me shall prosper”, she added.

CeeC also opened up about her relationship with former housemate Leo DaSilva who rallied to her defense amidst the acid bath drama on Tuesday.

On Leo, she shared:

I will be very honest with you: I think Leo is an amazing guy. He is actually a very great guy. You know we didn’t get to know ourselves in the house but right now what we are doing is that we are getting to know ourselves. He is a true friend I have decided to be there for him regardless of the situation. You know me, I am a very loyal person. If I say it is you, then it is you. For me outside the house, Leo is the closest. I like him and I want to be there for him.”

#BBNaija's #CeeC explains why she posted the acid bath threat to her on social media. She says she wanted people to see that being a #BBNaija star doesn't just come with glitz and glamour, saying there's a negative side to it. Video: @ceec_live #BellaNaija bellanaija.com

Related Topics:CeeCLeo DaSilva
Up Next