Carrie Underwood gets a Star on Hollywood Walk of Fame

Country singer, Carrie Underwood has gotten a star on the Hollywood Walk of Fame.

The 35-year-old pregnant songstress on Thursday was inducted into the Hollywood Walk of Fame and it was a teary affair. Carrie teared up while thanking husband Mike Fisher and son Isaiah Michael as she unveiled her star.

Underwood had her hands clasped, in prayer mode, all smiles with her eyes shut. See photo: 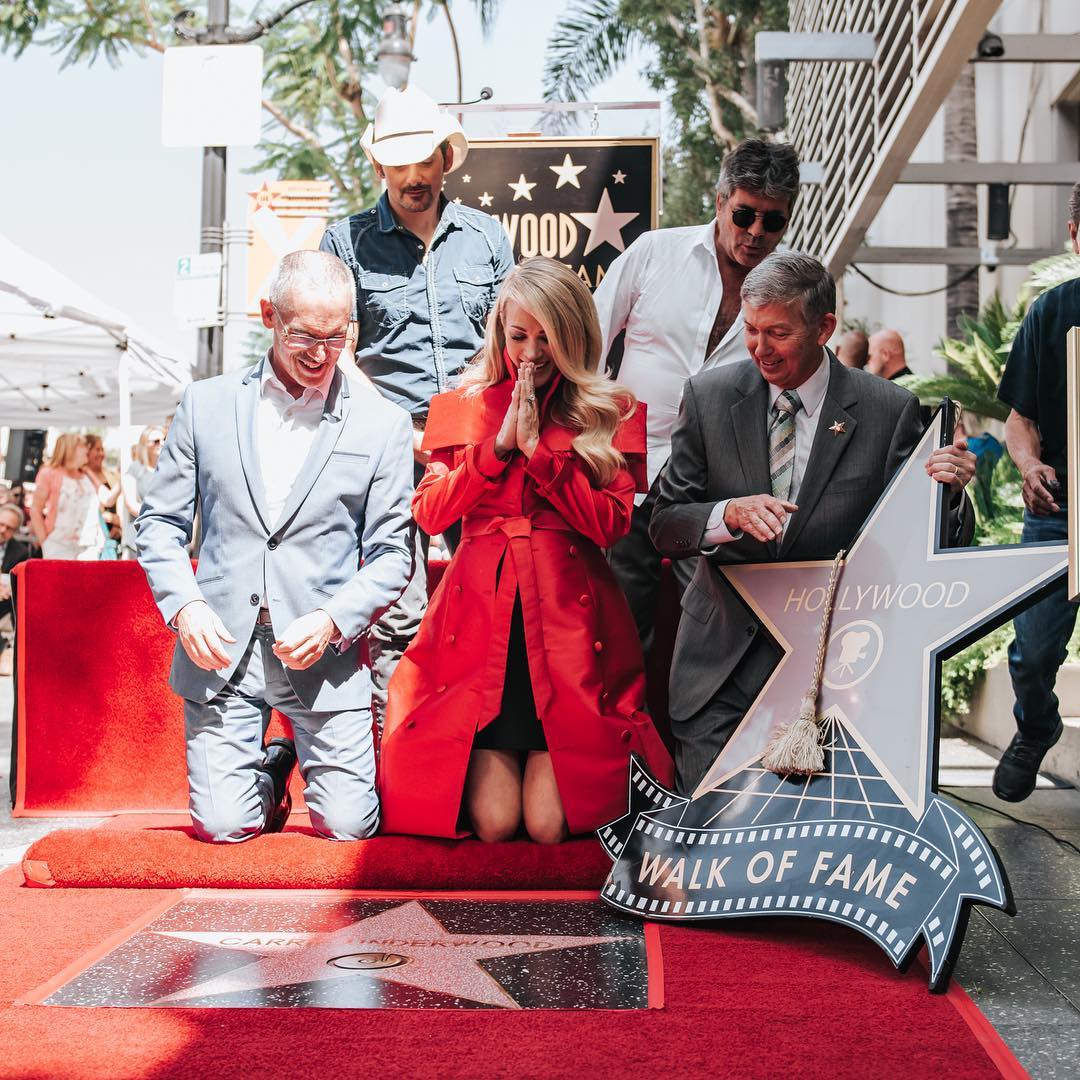 To receive her star, Underwood was joined by family and former co-host Simon Cowell and Brad Paisley