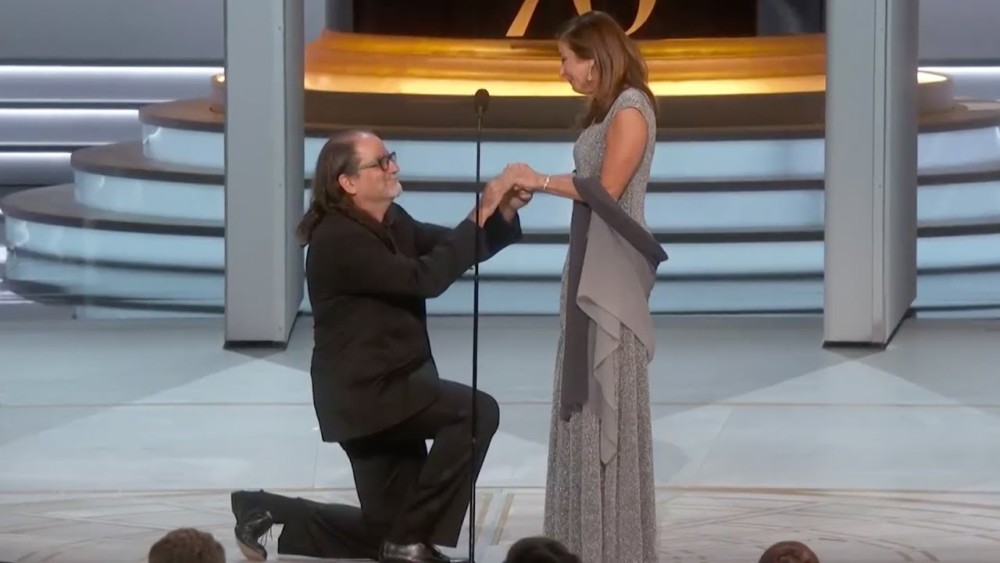 Oscars director Glen Weiss turned Monday night’s Emmy award show to a very romantic affair after going down on one knee to propose to his longtime girlfriend Jan Svendsen.

In what the guests in attendance thought was an acceptance speech after receiving his award for Outstanding Directing for a Variety Special, Weiss began by talking about his mother who died two weeks ago then moving on to how Jan is the sunshine his mom said to never let go of.

To the surprise of everyone in the theater, Glen pulled out the ring his dad gave his mom “67 years ago” and while making a joke about not swiping the ring, he asked Jan to be his forever mate.

The proposal is a first in Emmys history.