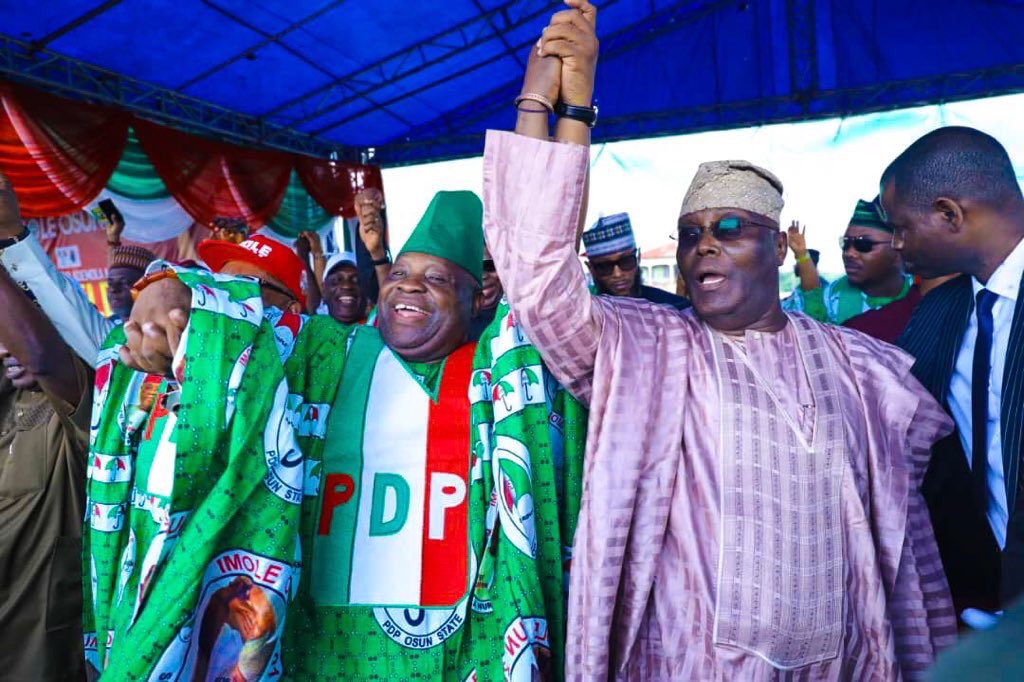 The Peoples Democratic Party (PDP) has called on the Independent National Electoral Commission (INEC) to declare its candidate Senator Ademola Adeleke as winner of the September 22nd election.

It made this known in a series of tweets on Sunday. The party wrote:

#OsunDecides2018: The unusual delay by the @inecnigeria Returning Officer in Osun State to declare our Candidate, Senator Ademola Adeleke as winner of the Osun Guber Election after meeting All the requirements of the law is completely unacceptable.

#OsunDecides2018 We had alerted earlier that @inecnigeria is under serious tremendous pressure by the defeated @OfficialAPCNg to manipulate the results in favour of the APC. The delay by INEC to declare our Candidate winner is another ploy to manipulate the process

Presidential aspirant, Atiku Abubakar, also called on INEC to announce the winner. He wrote on Twitter:

The people of Osun have made their choice. What is required of @inecnigeria is to express that decision without any subtraction or addition. Anything short of that is a threat to democracy and a call to anarchy.

The party has also raised alarm over an alleged reduction of Adeleke’s votes in Aiyedaade LGA by 1,000.