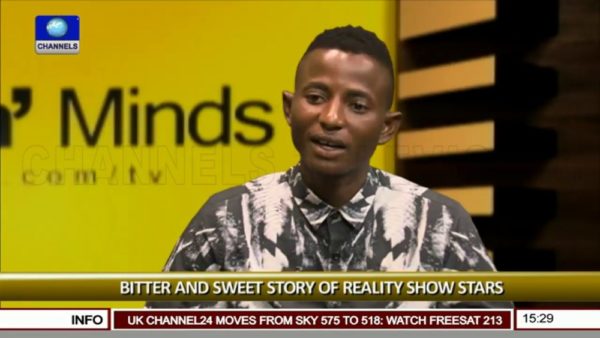 On the most recent episode of the “Rubbin‘ Minds,” host, Ebuka discusses reality show stars and life after the show is over.

On the show were 2018 “Big Brother Naija” housemate Ifu Ennada and 2013 “Project Fame” winner Olawale who has been in the news lately.

A video of Olawale driving a cab had trended on social media in the past week, and the singer was on the show to discuss how he came to the decision.

Ifu Ennada also discusses just how much power fans of the BBNaija show have against the housemates, and how their actions are causing a rift between the housemates.