Serial Entrepreneur Aigbe Omoregie of Intercontinental Paints is our #BellaNaijaMCM this Week! 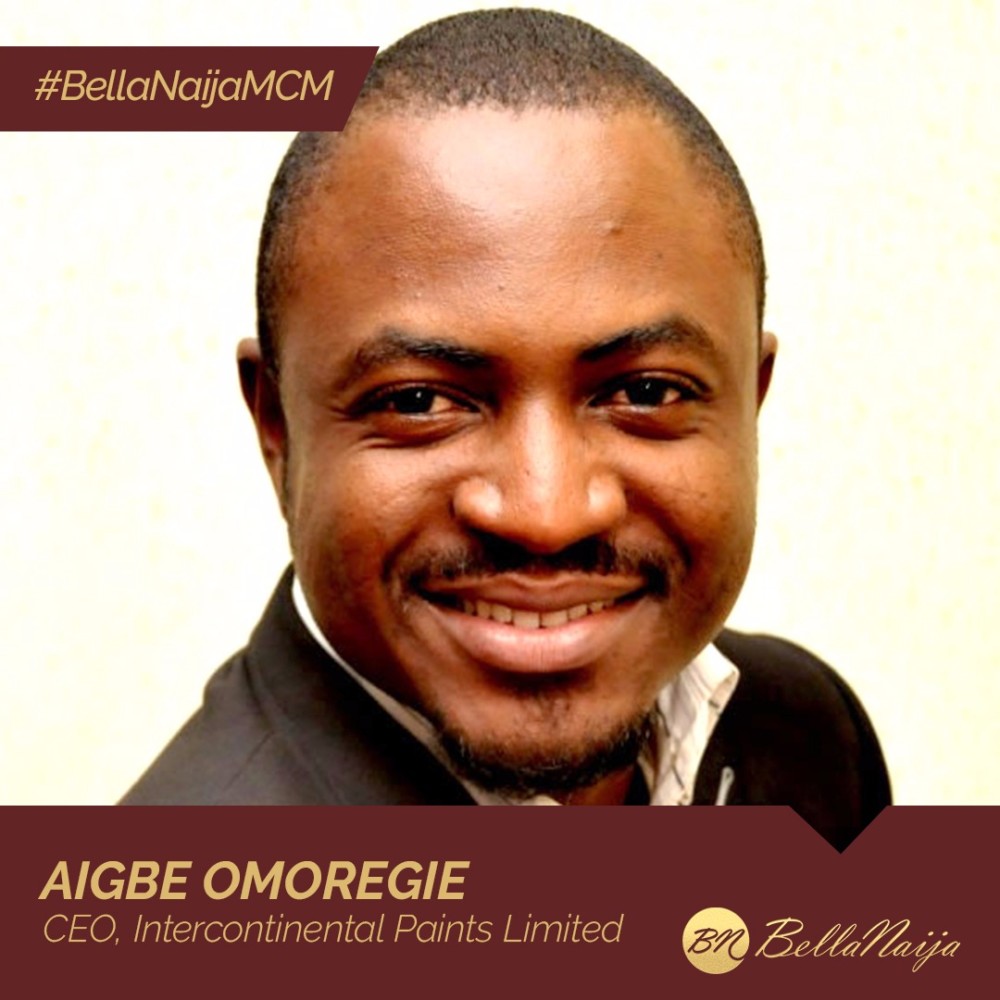 For Nigeria to leapfrog past its current challenges to prosperity, it must pay attention to and support entrepreneurs, capable turning the country around.

These individuals must be provided with opportunities to grow and scale, thus making a difference in the overall GDP of the country.

For our #BellaNaijaMCM feature this week, we spotlight a serial entrepreneur Aigbe Omoregie, who started out from age 12, selling eggs from his uncle’s poultry.

Today, he’s the MD/CEO of Intercontinental Paints, a fast growing paint manufacturing company based in Lagos.

Aigbe started out selling 10 crates of eggs each week, and by the time he was graduating secondary school, he was moving 1,000 crates of eggs per week, with 7 staff in his employ.

While in Auchi Polytechnic, Auchi, Aigbe sold used bags, clothes and shoes, and then added typewriters, desktop computers to his range of products.

He made enough money to get a printing machine and a photocopier and started a business helping students with their printing needs for various projects.

In the early 2000s, he accidentally got into the automobile sales industry after he made over N200,000 selling an uncle’s car.

He began importing used cars into the country and made enough money to set up an internet cafe on campus, a venture which unfortunately, failed.

He left the country for Switzerland, but returned after three months, saying the environment wasn’t for him.

He squatted with friends in Nigeria for about 6 months before, according to him, he received divine direction to go into the paint manufacturing business.

Circa 2006, armed with N18,000 and the willingness to learn, Aigbe got into the paint manufacturing business. His first set of products spent 6 months in his house with him relying on word-of-mouth marketing to scale.

Eventually, he got his break, receiving a N2m contract. His success story began from there.

He officially registered Intercontinental Paints in 2010. The company today, manufactures about 20,000 litres of paint per day at its factory in the outskirts of Lagos.

In 2017, Aigbe was named in Forbes Africa‘s 30 Most Promising Young Entrepreneurs in Africa list.

Aigbe has his eyes set on the construction industry, and we’re wishing him all the best.

Get ready for 2 Nights of Laughter with Salvador, I Go Save, Buchi at the ‘Lords of the Ribs Comedy Festival’ hosted by Basketmouth | Sept 29th & 30th