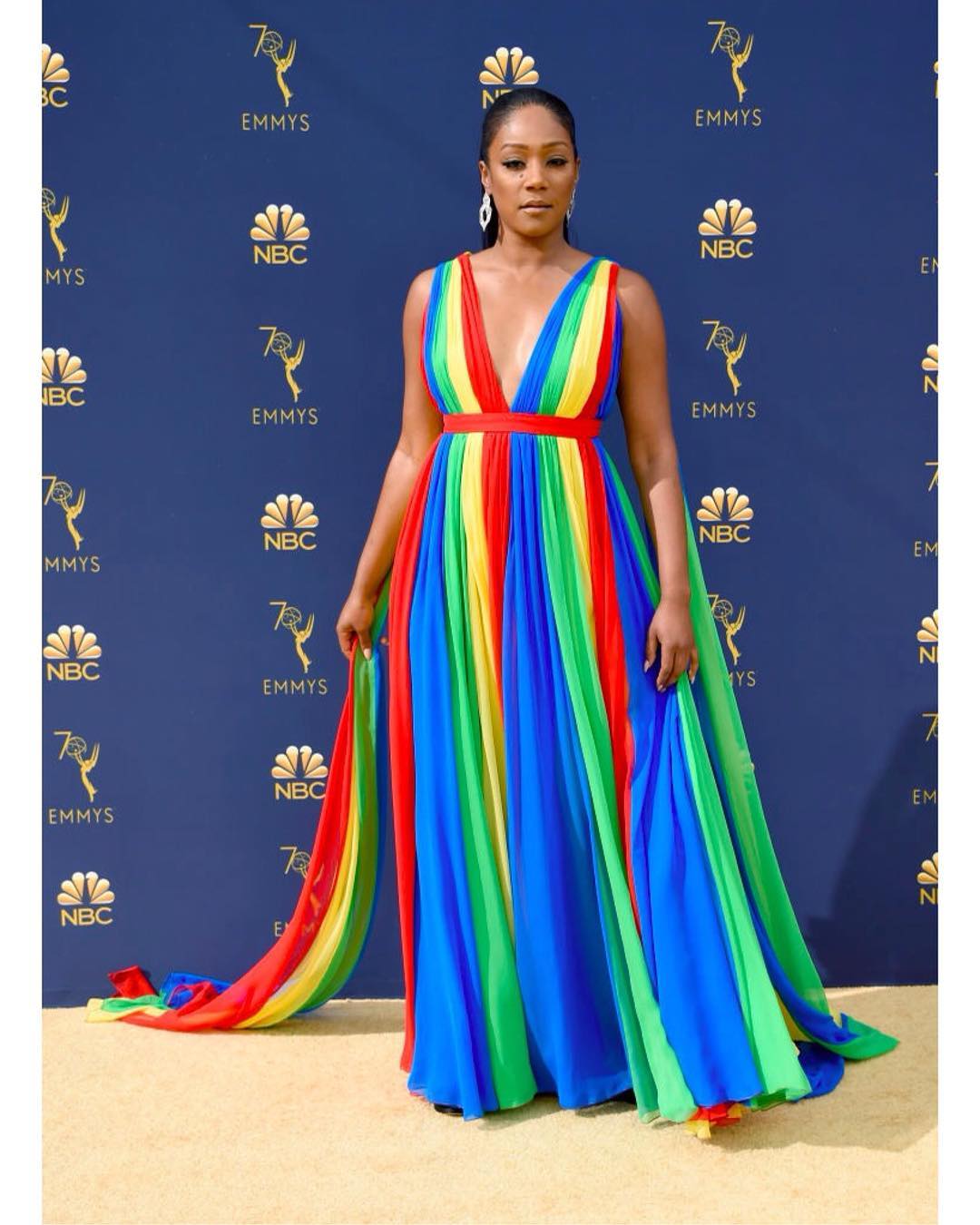 Tiffany Hadish’s custom made Prabal Gurung gown is probably the most talked about outfit from the 2018 Emmys. Well deserving as the dress not only killed its red carpet appearance but also melted hearts when the Night School star revealed what it symbolized.

Haddish revealed that the rainbow-stripped gown was a tribute to her father and his Eritrean roots. The gown’s red, yellow, blue, and green colour scheme was inspired by the Eritrean flag.

Speaking to ET‘s Kevin Frazier, she shared “I asked him to make a dress that represents Eritrea, my father’s country, so these are the same colours as the flag from Eritrea.”

Tiffany won the award for Guest Actress in a Comedy Series at the 2018 Emmys.

Related Topics:Emmys 2018Tiffany Haddish
Up Next