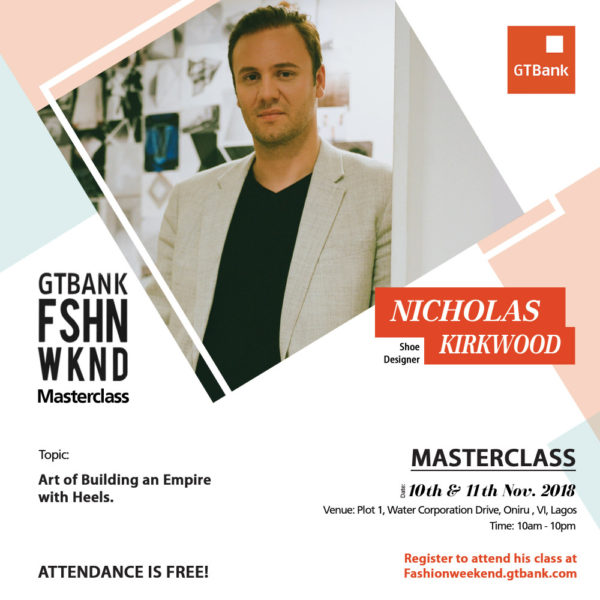 It is perhaps no surprise that Nicholas Kirkwood has won numerous awards including being given the British Fashion Award for Best Accessory Designer of the year three times and in 2013 being the first accessories designer to ever be awarded the British Fashion Council / Vogue Designer Fashion Fund since its inception.

In 2011, Nicholas Kirkwood opened his flagship store on Mount Street, London which followed the announcement of his partnership with LVMH: the biggest luxury goods conglomerate in the world.

Nicholas Kirkwood will be at the GTBank Fashion Weekend to lead the discussion on The Art of Building an Empire with Heels.