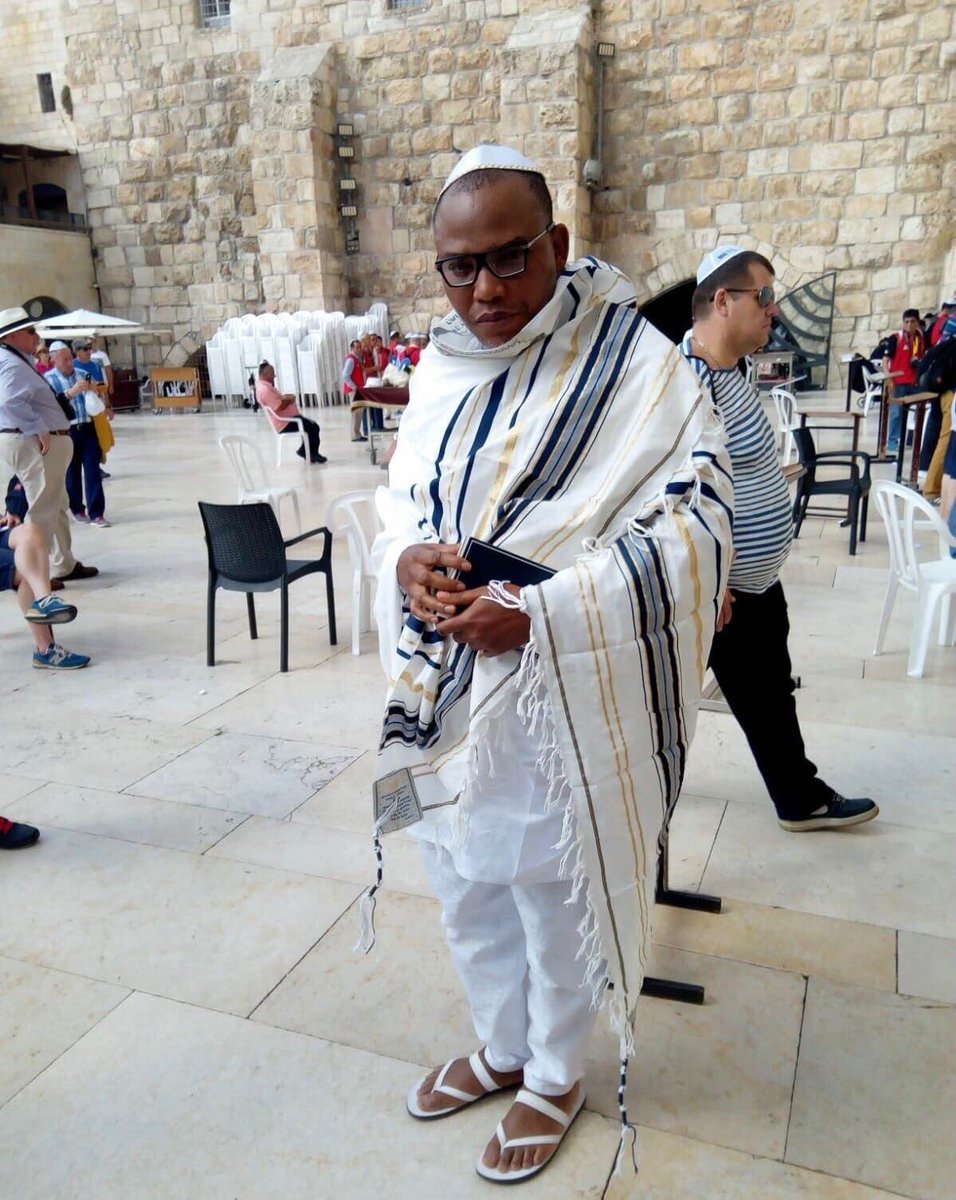 The leader of the Independent People of Biafra (IPOB), Nnamdi Kanu has been spotted in Jerusalem, if photos and videos circulating social media are anything to go by.

The video below was shared by Castro Nkume on Facebook Live.

“Today the 19th day of October 2018 The supreme leader of the Indigenous People of Biafra praying live in Jerusalem,” Nkume said.

Kanu was last seen publicly when there was a clash between his supporters and security agents around his residence in Abia state in September 2017.