NWC Panel for #LagosAPCPrimaries to Hold Another Primary 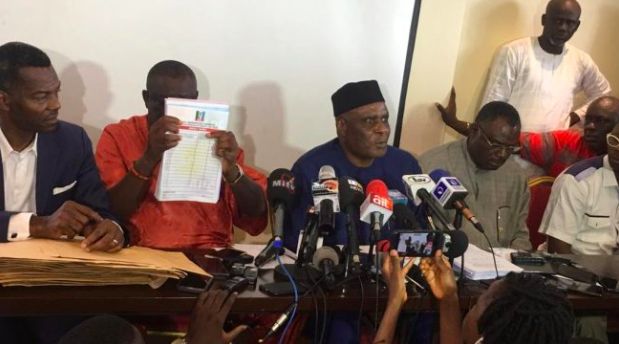 The National Working Committee (NWC) panel of the All Progressives Congress (APC) primary election in Lagos has said that it’ll be conducting fresh election in the state.

According to TheCable, Clement Ebri made this known at a press conference on Tuesday.

The committee had earlier distanced itself from the primary election that took place across the state earlier today where former commissioner and Bola Tinubu-anointed candidate Jide Sanwo-Olu won by a landslide according to preliminary results.

Ebri, at the press conference, said the open ballot system used was against the guidelines of the party.

We have to be careful because of the political tension in the state… we have to do things right. Lagos state is so important to us.

We want a victory that will be credible, and will be in line with the guidelines and rules… We are ready to go to the field now so that at the end of the day, we won’t be accused of being partisan. We are now ready to hit the ground running.

We have the electoral materials here but considering the Lagos situation, traffic and all, we will wait on the national office for action. The stage is set and the election will begin anytime from now. We will let you know as soon as officials come to get materials.

“Nigerian Police is one of the best in Africa…. compare murder & rape rates” – Yomi Shogunle