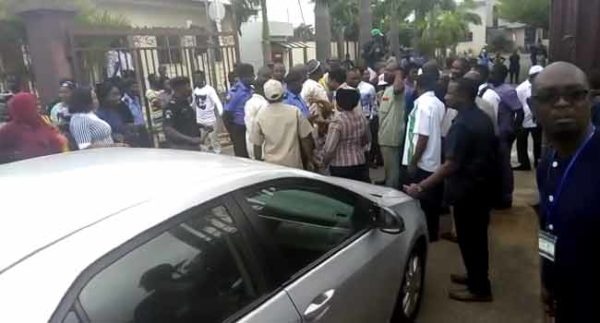 Up to 50 officers with the Nigeria Police Force reportedly broke the gates of the headquarters of the National Health Insurance Scheme (NHIS) as they helped the suspended Executive Secretary, Usman Yusuf, into the premises.

Punch reports that a correspondent of theirs on the scene witnessed the police teargas the staff who stayed to protest his entry.

Yusuf was reinstated by President Muhammadu Buhari after he had been suspended by the Minister of Health Isaac Adewole over allegations of corruption.

He was then suspended by the governing council of NHIS, but Yusuf insisted that they have no power to suspend him.