Victim of Racial Abuse on Ryanair Flight Speaks: "I feel really depressed about it" 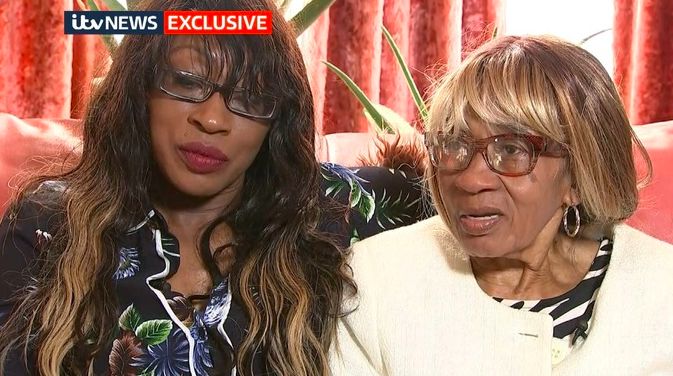 Delsie Gayle, 77 a physically challenged woman was flying back home to London from Barcelona aboard a Ryanair flight when a man on her row started ranting at her, saying she should move seats.

Gayle was unable to move out of her aisle seat quickly enough to let the man sit down in his window seat, and then he began using abusive and racist remarks on her.

He was then told she was disabled to which he responded: “I don’t care whether she’s f****** disabled or not – if I tell her to get out she gets out.”

Later on in the argument, the white man said: “Don’t talk to me in a f****** foreign language you stupid ugly cow.”

When another passenger told the man he was being abusive, he responded: “I will carry on as far as I can with this ugly black bastard.”

“I feel really depressed about it. I go to my bed and say, ‘What have I done?’ I haven’t done anything (for him) to attack me because of the colour of my skin.

“I feel very low, because he pay his fare to go on holiday, I pay mine, so why does he abuse me for that due to the colour of my skin? He does it with me and he gets away, he’ll do it to somebody else,” she added.

Gayle adds that the airline has not contacted her.

A widow in her 70s, who was the victim of a racist tirade on a Ryanair flight, has told ITV News how the incident has left her in shock and unable to eat and sleep. Read more: https://t.co/5JFhtGq7HT pic.twitter.com/D0DqooV3em

When a flight attendant came to address the situation, he asks if she’ll like to move to another seat and Gayle said she’ll like to sit with her daughter.

“Move her to another seat … I can’t get in while she’s sat there,” the white man interjected their conversation.

Gayle responded: “You smell. You need a wash.”

The woman was eventually moved to another seat.

Following the incident, Ryanair released a statement on Twitter, saying: “We are aware of this video and have reported this matter to Essex Police.”

Statement: We are aware of this video and have reported this matter to Essex Police

According to Independent, a spokesperson for Essex Police said: “Essex Police takes prejudice-based crime seriously and we want all incidents to be reported. We are working closely with Ryanair and the Spanish authorities on the investigation.”