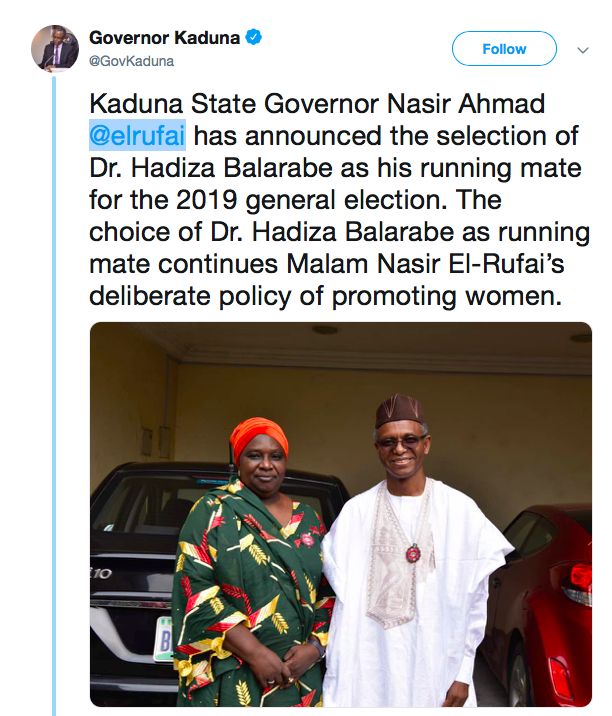 He has announced Dr. Hadiza Balarab to be the Deputy Governor of Kaduna state if he wins.

According to the state’s official Twitter handle, Dr. Hadiza Balarabe is the current Executive Secretary of the Kaduna State Primary Health Care Development Agency, a position she has held since February 2016.

Prior to joining the Kaduna State Government, Dr. Hadiza Balarabe was Director of Public Health in the FCT. She studied Medicine at the University of Maiduguri and graduated in 1988.

She was a Senior Registrar at the Ahmadu Bello University Teaching Hospital before joining the services of the FCT in 2004. 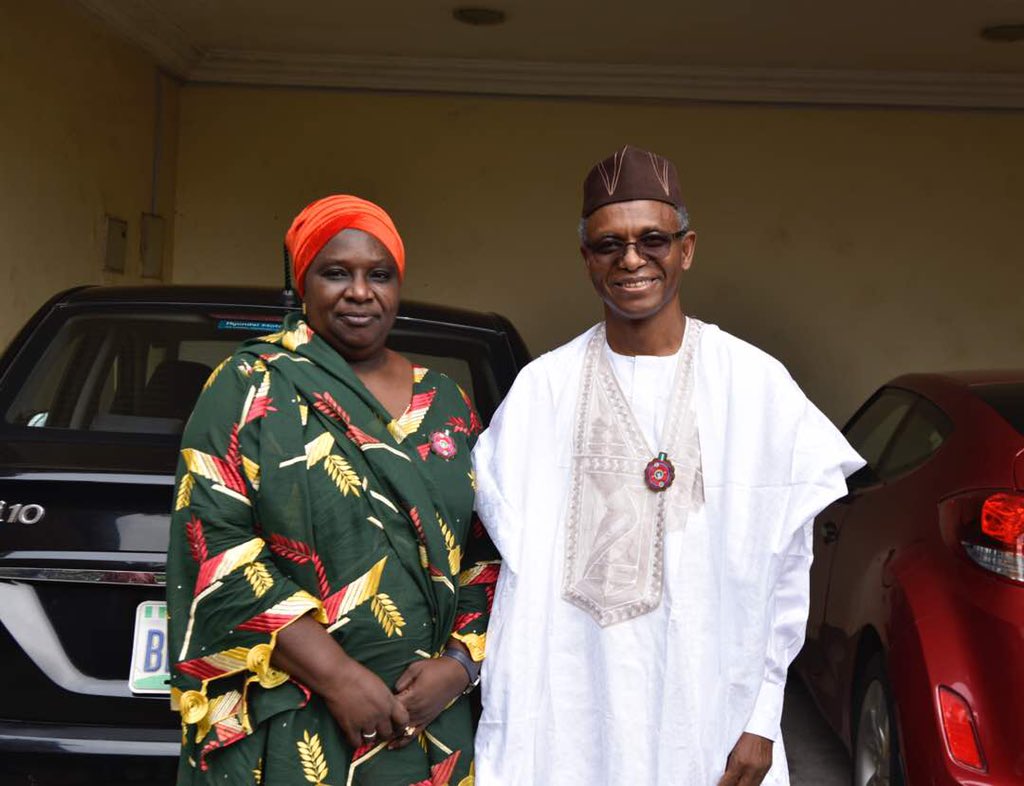