The Mr. Perfect Series by Evi Idoghor: My First Date 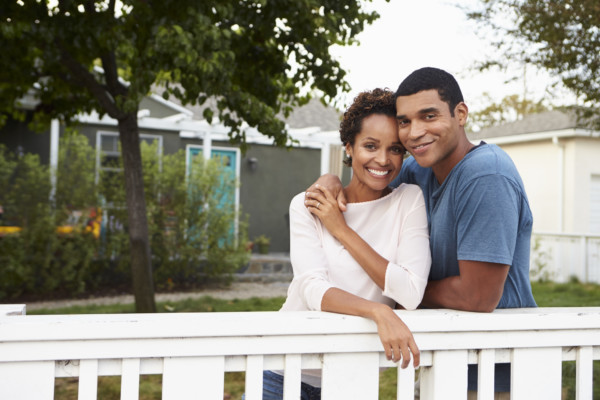 It felt good for me to finally catch someone’s attention after what seemed like a yearlong drought in a new city. I wasn’t all attracted to Mr. Not-So-Perfect. He wasn’t my type. But I decided to be open minded. People have accused me of being too protective of my heart, well you wouldn’t blame me. My last relationship taught me a lot.

Later on that day, Mr. Not-So-Perfect gave me a call. He wanted to start chatting away like a long lost friend, but I soon cut him off. I gave him an excuse of having to go out at the moment. I promised to call back later that night, but opted for text instead. I guess Mr. Not-So-Perfect wasn’t the texting type, because the conversation ended before it started.

Throughout the following week, we texted a little bit, back and forth, and I was asked out on a date. I got excited and wondered what we would talk about. Would he know how to make conversation? Would he be kind? A perfect gentleman like Mr. Perfect? Or a complete romantic like I am? Guys, something has to make up for his looks abi? On the day of our date, Mr. Not-So-Perfect, arrived at the restaurant before I did. He greeted me with a hug, and we started awkwardly chatting.

But he was always interrupted by his phone. I found that a bit disturbing. I wasn’t feeling the so-called date; I was supposed to be the center of attraction. I had to tell myself to relax and just enjoy the day as much as possible. This date lasted for like an hour, and I was already being walked to my car. In my opinion, it was too short. We talked about what we wanted in a relationship and our views on some other issues. I asked Mr. Not-So-Perfect if he was a Christian and he said yes. I asked him what church he went to, and he mentioned the name of the church. From the name, I already knew that a possible future with Mr. Not-So-Perfect was looking blurry.

He went ahead to reveal his age to me (He was 12 years my senior), and the fact that he was previously married with a grown-up child. If my excitement hadn’t been watered down enough, this definitely brought it down. I didn’t think there was anything wrong with building a relationship with a divorcee, but that wasn’t the picture I had in my head for myself about Mr. Perfect. Do you want to know what Mr. Perfect looked like?

After our not-so-perfect date, I waited for Mr. Not-So-Perfect to call or text me, asking if I made it home safe, or at least if I had a good time with him. He did none of those. He didn’t even compliment me on our date! I was beginning to think that he wasn’t attracted to me. I did the texting that night, asking what he made of our time together, and he gave some lame answer.

I don’t know if it’s because I have a picture of how a relationship should unfold in my head that people don’t often measure up. I had hooked up with a guy once who always called me when he was sleepy, because he would always yawn over the phone while we were having conversations. That irritated me a lot. I let him go, not for that reason, but because I wasn’t attracted to him as well. I am big on attraction; he doesn’t have to be the fairest of them all, but he has to be the fairest to me. I want to be satisfied with whoever I end up with.

Mr. Not-So-Perfect continued pursuing me after our date and then dropped a bombshell one night while we were texting. “I haven’t been to church in over 20 years.” Wait, what? I thought you were a Christian, or what brand of Christianity are you practicing? Okay let me get this straight, do you have a relationship with God and do you read the bible? “No, I don’t.” He answered back almost immediately. Sweating profusely, I asked, “Are you an atheist?” He replied, “Yup, now let me watch you run away.” Of course, I will run away, what business does light have with darkness?

That was the response in my head, haha. Then I probed him for further information as to why he didn’t believe and why he lied to me initially that he was a Christian. He didn’t want to talk about it. Right there and then, all the glimmer of hope that me and Mr. Not-So-Perfect could work was shattered. I couldn’t be with an atheist na. How would we build a relationship? I couldn’t walk together with him, because we didn’t agree.

Anyway, we remained friends. He still wanted me, but I let him know that it wasn’t going to work. I still enjoyed the attention I was getting from him. Guys, I am human na. But I had it at the back of my mind that we were not going to be together. I did not even need God to tell me that he was not Mr. Perfect. While I was busy navigating my not-so-relationship with Mr. Not-So-Perfect, Mr. Almost-Perfect slid into my dm. For those who don’t know what that is, it means that he sent me a message on social media.

You see, Mr. Almost-Perfect was someone I went to college with. I don’t remember us being friends, but I know he was one of the good guys. He slid into my dm months before him resurfacing. He responded to my status and was asking about my well-being. I was not in the mood to carry on a conversation with him and I quickly ended it before it led anywhere. In my mind, I was thinking, “Why is this guy sending me a message?”

I didn’t think much of it. The thought of him becoming Mr. Perfect was far from my mind. So when he came back again I was upset (oops, I am sorry). The night I got a message from him, one Christian celebrity was on social media singing God’s praises, because He had blessed her with a boo, not just a boo, but a boo who loved God. My friend had forwarded it to me, with me looking up to the heavens saying, “Baba God, be a boo provider na.” My friend and I gushed about it for a little bit and then moved on. That same night, I got a message from Mr. Almost-Perfect, and I ignored it until the next morning. I was like, Abeg, leave me alone, what do you want? Honestly, I don’t know why I was so repulsed by his messages; it wasn’t like he wronged me in the past. I could barely remember him. Mr. Almost-Perfect, if you ever get to read this, this was how I felt about you initially.

I responded to him the next morning and just decided to be nice. We caught up on what we’d been doing over the past few years. He had gotten his master’s degree and was working for a great company. In my mind, I was thinking, Not bad at all, this guy is sounding quite interesting. Then I mistakenly sent him a heart emoji! Can you imagine? The instaweb wanted to fall my hand! I quickly told him to ignore it, that it wasn’t intentional. He then went ahead to compliment my writing skills. Ah, that was it oh! He loves my writing! Could he be the one?

That was when I let all guards down. Mr. Almost-Perfect was not as good looking as Mr. Perfect, but he still was good looking. I could work with that. After a couple of days, with sliding into each other’s dm’s, I asked him if he was on WhatsApp so we could chat instantly. Because I was not always on social media, messages went unanswered for hours. I was beginning to enjoy his company.

He replied with his number almost immediately, like it was his name, and he asked for my number in return. I gave it to him and a few hours later my phone rang. It was an international number, and I suspected he was the one. Not the one as in Mr. Perfect oh, but you catch my drift. I picked up the phone to sexiest voice ever. My gosh! I was taken aback. Mr. Almost-Perfect, if you read this, don’t let it get to your head. Anyway, I had forgotten we were now grown. Mr. Almost Perfect had matured in ways I couldn’t imagine.

We spoke briefly that night, with me blushing over the phone, especially when he said he remembered how beautiful I was. Yes, Mr. Almost-Perfect had game. I rushed him off the phone because I wanted to relax and just take it all in. Believe it or not, I called Mr. Not-So-Perfect after I got off the phone with Mr. Almost-Perfect and talked with him for hours. I was at the time more comfortable with speaking to Mr. Not-So-Perfect. We had built a rapport, regardless of his unbelief in God. After church the next day I got a message from Mr. Almost-Perfect asking if he could call me. Of course! Don’t deprive me of your sexy voice.

My phone rang again and I quickly composed myself to talk with Mr. Almost Perfect. His voice was still excellent, but what even drew me closer to him was the conversation we had. He was quick to tell me about his dreams and passions, what drives him, his job. He was really sympathetic toward me after I revealed to him that I lost my mother. It felt like if he was next to me, he would have given me a huge bear hug. And, oh, he asked me what my pastor preached about in church.

We connected on many different levels that day, and I thought, “I’ve snagged myself a good one.” Who would have thought Mr. Almost-Perfect would give me butterflies? But now I couldn’t get enough of him. Could he be the one?

***
Evi’s story is a 7-part series and this is just the beginning. Tune in every Monday for a weekly dose of the journey to Mr. Perfect.

Niyi Ademoroti: If You’re Homophobic, Own It!