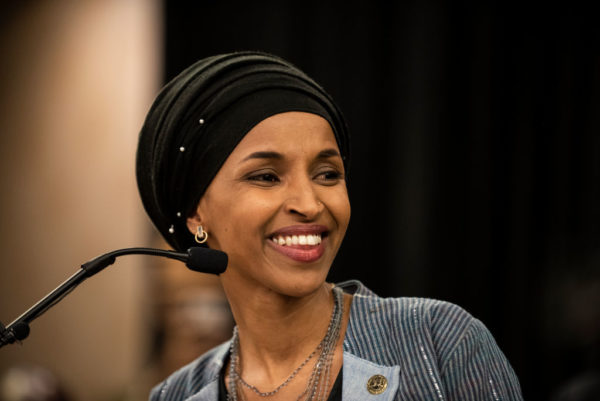 92 women have so far been elected into the US Congress on Wednesday in a make-or-break midterm elections in the United States.

The elections saw the Democrats take the House of Representatives, with a majority of 222 reps so far. But the Republicans have tightened its hold on the Senate with 51 candidates so far winning seats.

The elections have been described as a referendum on the Trump presidency, and is expected to be indicative of the 2020 presidential elections.

According to Guardian, winners of seats in the House include Latina congresswomen from Texas, the Democrats’ Veronica Escobar and Sylvia Garcia, while Ilhan Omar of Minnesota and Rashida Tlaib of Michigan will be the first Muslim congresswomen.

Omar, a Somali-American was once a refugee, while Tlaib is the first Pakistani-American woman in congress.

Also Massachusetts, Democrat Ayanna Pressley will be the first woman of colour in her state’s congressional delegation.

Alexandria Ocasio-Cortez, a 29-year old Latina also became the youngest woman to serve in the US House after winning at the polls.

America’s first openly gay Governor, Jared Polis was elected to take the helms of Colorado, while Sharice Davids, became both the first Native American congresswoman and the first lesbian congresswoman from Kansas.

Waste Remodelling Champion Olamide Ayeni-Babajide of Pearl Recycling is our #BellaNaijaWCW this Week!