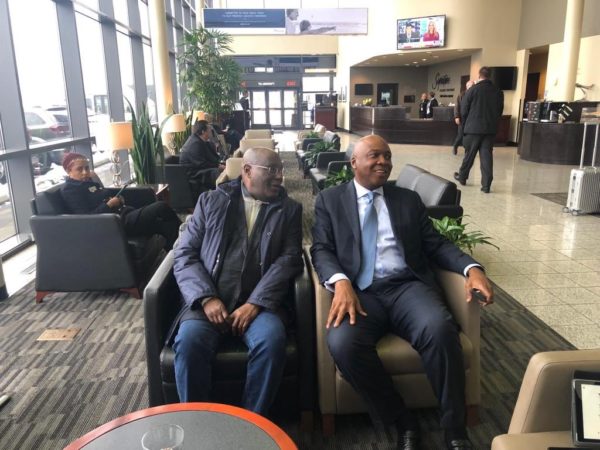 The People’s Democratic Party (PDP) presidential candidate Atiku Abubakar is according to The Cable on his first visit to the United States in 13 years.

Atiku, together with the DG of the Atiku Presidential Campaign Council, Bukola Saraki, arrived the Washington Dulles International Airport.

The presidential candidate shared a photo on his Twitter, revealing that he was meeting with Nigerians living in D.C. metropolis and the business community.

It had been alleged that the former vice president was banned from the country after allegedly demanding a bribe of $500,000 to facilitate the award of contracts to two American telecommunication firms in Nigeria.

The All Progressives Congress (APC) National Chairman Adams Oshiomhole had earlier in the year alleged that the former vice president is unable to travel anywhere except Dubai.

“Once you join APC, all your sins are forgiven” – Oshiomhole | WATCH