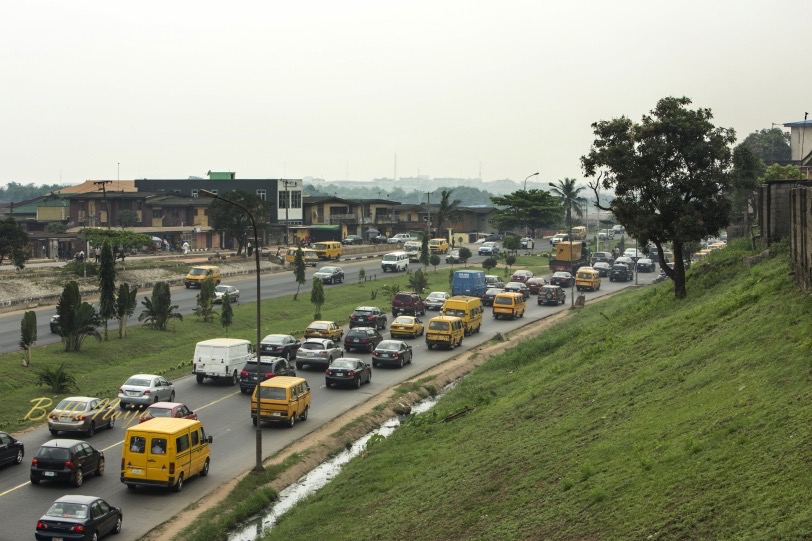 Thanks to today’s rapid urbanization in the quest for a better life, commercial and socio-economic activities tend to centralize only in a few major cities in a country. This has led to an increase in the number of commuters traveling to and within the major cities. As the population in the cities explode, congestion is created from the increasing number of vehicles.

Road traffic congestions interrupt and reduce productivity levels, with cost factors including escalating costs from increased fuel/energy consumption, and losses associated with tiredness from a stressful commute. When employees are tired or stressed before getting into work, deprived of sleep because they get home late, and often have to leave very early in the morning to avoid traffic, they are less satisfied with their jobs and cannot perform at optimum efficiency levels. In other words, unhappy workers are less productive.

Majority of commuters travel at supposed rush hours: 7 – 9 AM and 5 – 7 PM. This can be attributed to the nature of work, culture and working pattern of most firms. Most workers are expected to work from specific physical locations within supposed core hours 9 AM – 5 PM, and a large concentration of businesses in the few central business districts means many people are traveling to and from the same locations at the same time. Traffic jams are inevitable unless something gives.

Since infrastructure cannot be developed at the exponential rate of population growth, it is imperative that businesses adopt intelligent approaches to defining the nature and performance of work. How about we consider altering the working patterns? Flexible working patterns could reduce the number of commuters on the road at certain times, thus reducing the time spent on commuting. Moreover, is it necessary that all employees work from the office? Is their output dependent on location, considering the huge advancements in information and communications technology?

The busyness of the business should be focused on creating value from maximizing resources, which includes time (one of the most precious resources we never have enough of). Although they say time is money, productivity is a measure of value over time and not of time itself. Traffic jams cause untold suffering to commuters, leaving them with too little time for their families and other interests (triggers of unsatisfaction). It causes loss to businesses as employees are not functioning at optimum capacity, leading to overall economic loss. In fact, the Lagos State government estimates the cost of traffic jams to the city at ₦42 billion annually

Necessity Breeds Invention: Waste Reduction is Imperative
Judging by the huge sums of money lost as a result of non-productivity resulting from traffic jams, it is imperative that we explore other methods of approaching work. What makes successful businesses and societies is their ability to evolve and adapt their businesses to changing environmental, cultural, technological and socio-cultural changes. Businesses should do what they need to do today to survive, but to remain competitive they have to adapt those activities to the needs of tomorrow. No business thrives from loss of productivity, whether of its own making or external factors. Therefore, they have to be innovative in their approach and business models.

Remote and Flexible Working Patterns
If the job to be done is decomposed and routinized, it could be easily replicated and as thus may not be required to be performed from the physical office location alone. If provisions are made and employees are allowed to work from home or other remote locations, it would reduce the amount of time wasted sitting idly in traffic. Furthermore, if employees can work remotely, they can work while commuting. Investments in IT would not cost as much as the amount lost due to traffic congestion.

Several studies suggest that being able to flexibly arrange working hours is beneficial for well-being, health and work-life balance. It is also asserted to improve job satisfaction and, consequently, job performance, while reducing absenteeism.

If people can get into work and leave at different times outside the core hours, it would go a long way in ameliorating the traffic situation. This is not to suggest that people can come and leave when it pleases them, I am suggesting having a core time when everyone is expected at work. For example, everyone that should work from the office needs to maintain core hours of 10 AM – 4 PM, and decide when to come in or leave as long as they complete their contractual hours in the week. This would lessen the traffic jam as people are traveling at slightly different times.

Collaborative Consumption
The benefits of collaborative consumption transcends financial gains to include environmental benefits such as cleaner air from reduced carbon. If Lagosians can embrace the sharing economy, it suffices to say there would be fewer cars on the road. Maybe because of our values and a thing for status, many of us want to travel in our own cars even when we are heading to the same location with colleagues, neighbours and friends.

Colleagues can resort to car-pooling which is not only cost effective but environmentally beneficial from a congestion and energy consumption point of view. With fewer cars on the road, travel times are bound to reduce, leading to a happier and more productive workforce.

Strategic Human Resource Management
Human resource managers have a huge role to play in redefining the nature of work and helping employees adapt to new methods/patterns of working. Although these new methods would incur some cost, it would produce a much happier workforce, which will increase productivity, as staff would put much of their time to doing productive work. However, it involves a great deal of planning and scheduling to ensure a smooth operation of the business. Flexibility in operations will also require flexibility in structure, which will also require some level of change management.

The traffic situation in Lagos is not easy to manage and does not look like it will go away soon, but its impact on businesses can be reduced. Productivity can be increased and waste reduced, but it will not be an easy task. It will involve the cost of procuring the necessary technology and equipment for flexible and remote working, training and change management programs, and, most importantly, organizational culture change. From a cost-benefit analysis, the cost might not be justified in the short term, but in the long run, it will prove a worthy investment.

Change is constant. Either businesses take the proactive route and change, or react to changes in the business environment when the pressure increases. Nigerian businesses have to change with the rest of the world. Workplace and collaboration technologies are available, easily accessible and cheap.

Otolorin Olabode: Is It Safe to Crown Tiwa Savage “The Queen of the Nigerian Music Industry?”