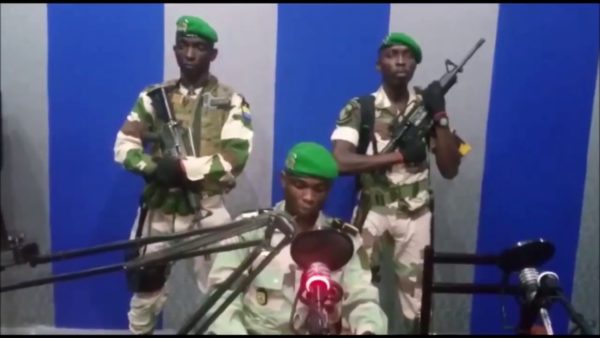 Soldiers in Gabon have attempted to unseat the president Ali Bongo, taking over the country’s national radio station.

Al-Jazeera reports that the soldiers, under the auspices of the Patriotic Movement of the Defence and Security Forces of Gabon, announced a “restoration council.”

The soldiers condemned the actions of the president who has been away from the country in Morocco since reportedly suffering a stroke in October.

Bongo had said in a video message from Morocco that he had gone “through a difficult period,” but is preparing to meet his countrypeople again soon.

Kelly Ondo Obiang, leader of the “Patriotic Movement,” had said Bongo’s video message “reinforced doubts about the president’s ability to continue to carry out of the responsibilities of his office.” He said:

Once again, one time too many, the wielders of power deceptively continue to instrumentalise the person of Ali Bongo Ondimba, a patient devoid of many of his physical and mental faculties.

It is unclear if the soldiers have actually taken over the seat of government in the country.