Sophie Turner has already Revealed the Ending of "Game of Thrones" to her Friends ? 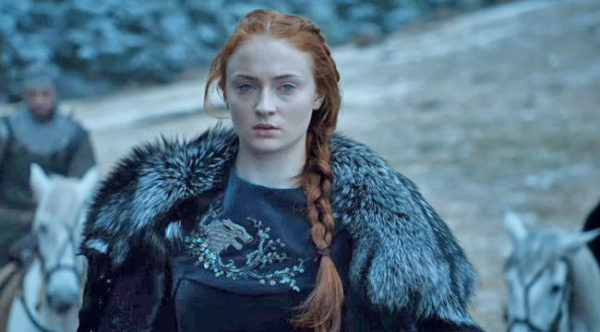 See, so many of us are waiting for the months as they trudge along, until April comes and we can watch the season finale of “Game of Thrones,” probably the biggest finale on TV ever.

We desperately want to know what happens, who dies, who joins the undead army of the Night King.

Sophie Turner, who plays Sansa Stark, was interviewed by W Magazine where she discussed her hair and tiny tiny tidbits from the show.

There, she revealed she’s already shared how the show ends to “a few people.”

I’m so bad at keeping secrets. I don’t think people tell me things anymore because they know that I can’t keep them. I’ve already told the ending of “Game of Thrones” to a few people.

And, well, you’d think these people would hound her to reveal the most guarded secret in the world. You’d think she’d at least try to guard it with her life. But, no. She gave them willingly .

Now, we can just hope those people are better at keeping secrets than she is, so spoilers won’t be flying across the internet before the show’s even started.

Until then, we’ll just keep rewatching the teaser released earlier this month.