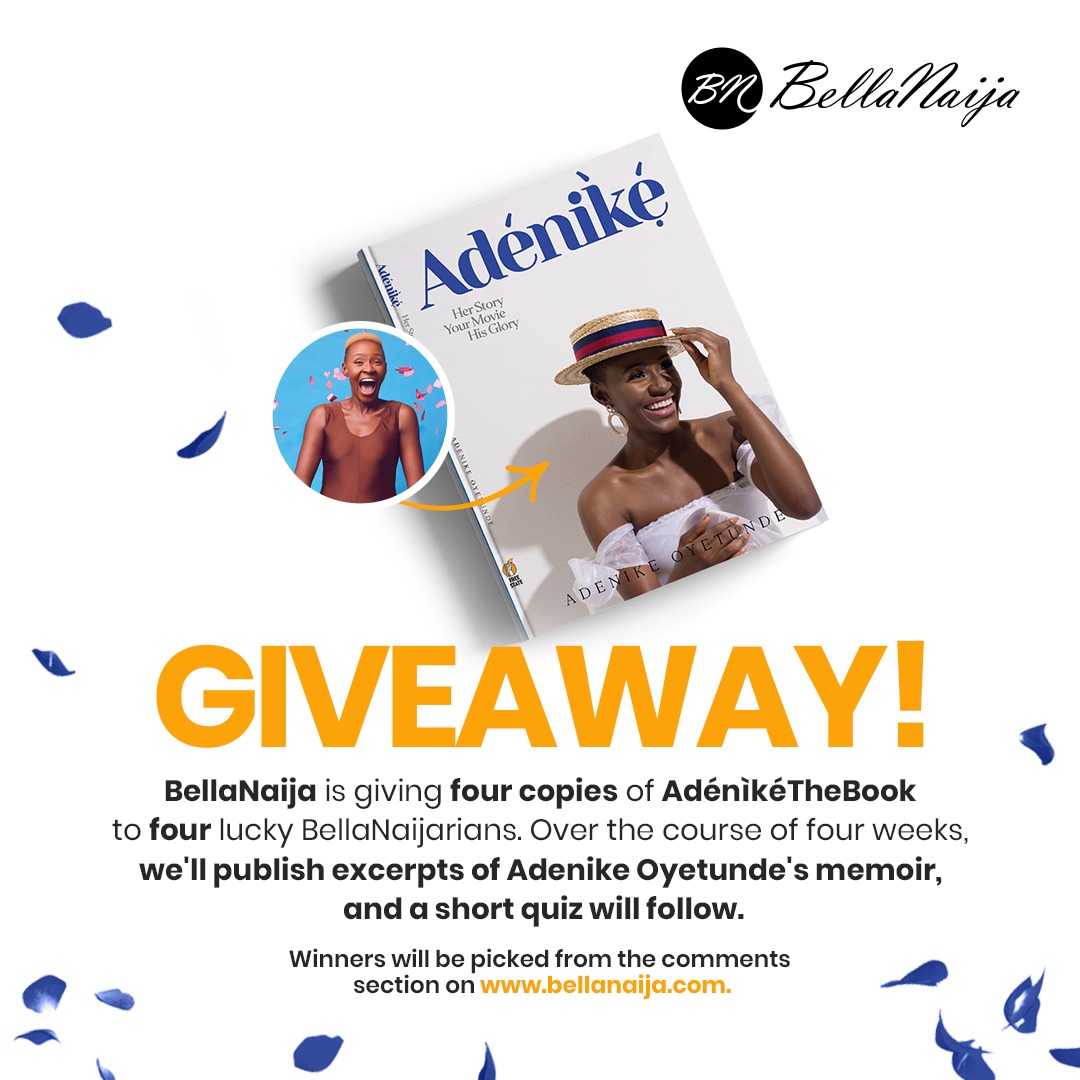 BellaNaija has partnered with Adenike Oyetunde to give out four copies of Adenike – Her Story, Your Movie, His Glory. {Click here to read the announcement} This week, we’re sharing the third excerpt from the book. Read part 1 here and part 2 here. Read part 3 here.

This is the final excerpt from this series. We’re going to publish the quiz for you to win this book very soon. So stay tuned in to BellaNaija. *wink*

The diagnosis opened my family up to many experiences and many people—the good, the caring, the scared, and the outright thieves. Our vulnerability and fear opened us up to predators who took advantage of us. Until date, my dad calls them “evil-minded people who milked us through our pain and struggle.” I do not remember how we were introduced to Doctor Ray (of blessed memory). He was a trado-medical “doctor” who sold what he referred to as “medication and food supplements.” We bought many of these things from him. Sometimes they cost as much as N30, 000 per batch and lasted between seven to ten days. At that point, there was no steady income to foot these bills. Dad had retired, received his gratuity and pension; my mum had not done business in a while. Many times there was no money to pay him; however, we still managed to fork out whatever we had. Our assurance to keep pouring our money into the case was that the food supplements could help reduce the rapidly multiplying cells fueling the cancerous growth. Also, it would shield me from toxins in food. Although we had still not accepted the verdict that I had cancer, we were still doing all we could to treat whatever was wrong using his “anti-cancerous toxin-eliminating” medication.

When people started telling us that this was a spiritual attack, we considered that option. Continuing the supplement intake, I started seeing spiritual men, pastors, and herbalists while hoping that one day I’d open my eyes and the pain would be gone. Weeks of consuming supplements soon turned to months. There were times when my leg felt soft. We’d think that the swelling was going down, but it soon increased. I didn’t become bedridden until after months of immobility, but through that period, family and friends often came around to keep me company. Their solutions kept coming, and I’d never forget some of the more bizarre ones we had to consider. I recall a visitor telling us that some witches were meeting around a tree in my compound. He advised my dad to cut the tree (a cashew tree that my dad loved so much). As far as my dad was concerned, he wanted a solution to his daughter’s current condition at all cost. Down went the tree. Another family friend informed us that they had a “prayer man” in Ilorin who could help. We needed to buy a goat whose right leg would be broken. The rate at which the leg healed was the rate mine would heal. While these “solutions” were being tried out, we didn’t see any improvement. I continued using all sorts of supplements and medicines. Some were taken orally; others came as ointments. Someone also got a mixture of roots and herbs popularly known as agbo, which, at a point, I had to drink and bath with.

***
Through my journey, one thing I have noticed is that people are not allowed to grieve properly after a loss. You’re expected to get up and move on. You’re expected to suck things up and stop being a baby, after all, you’re still alive. Doesn’t that count for something? People say. Yes, it does, dear friend, but have you put yourself in the person’s shoes to see if you’d bounce back as easily as you’re asking them to? Now, I’m not advocating that we allow people wallow—that’s preposterous. What I’m saying is that society should allow for some respite so people can think through their pain and determine, by themselves, to get back up. An external push is good, but sometimes, it’s just a crutch. The true cure is in letting the person stand when they’re ready. I think culture and religion play a role in making this behaviour a norm. It’s interesting how and why we often bring the it-is-well syndrome to every case of loss. It doesn’t make sense, at least not in the situation of a limb loss. It’s a permanent loss until a “creative” miracle occurs. Does the next man understand that I’m in pain? Palpable pain – pain from a loss? Do they get that it is okay to sit there and keep quiet if they’re not sure of what to say.

***
Adenike, Her Story, Your Movie, His Glory can be purchased at any of the following places:

Kingsley Umeh: How To Turn Your Passion Into A Business Idea