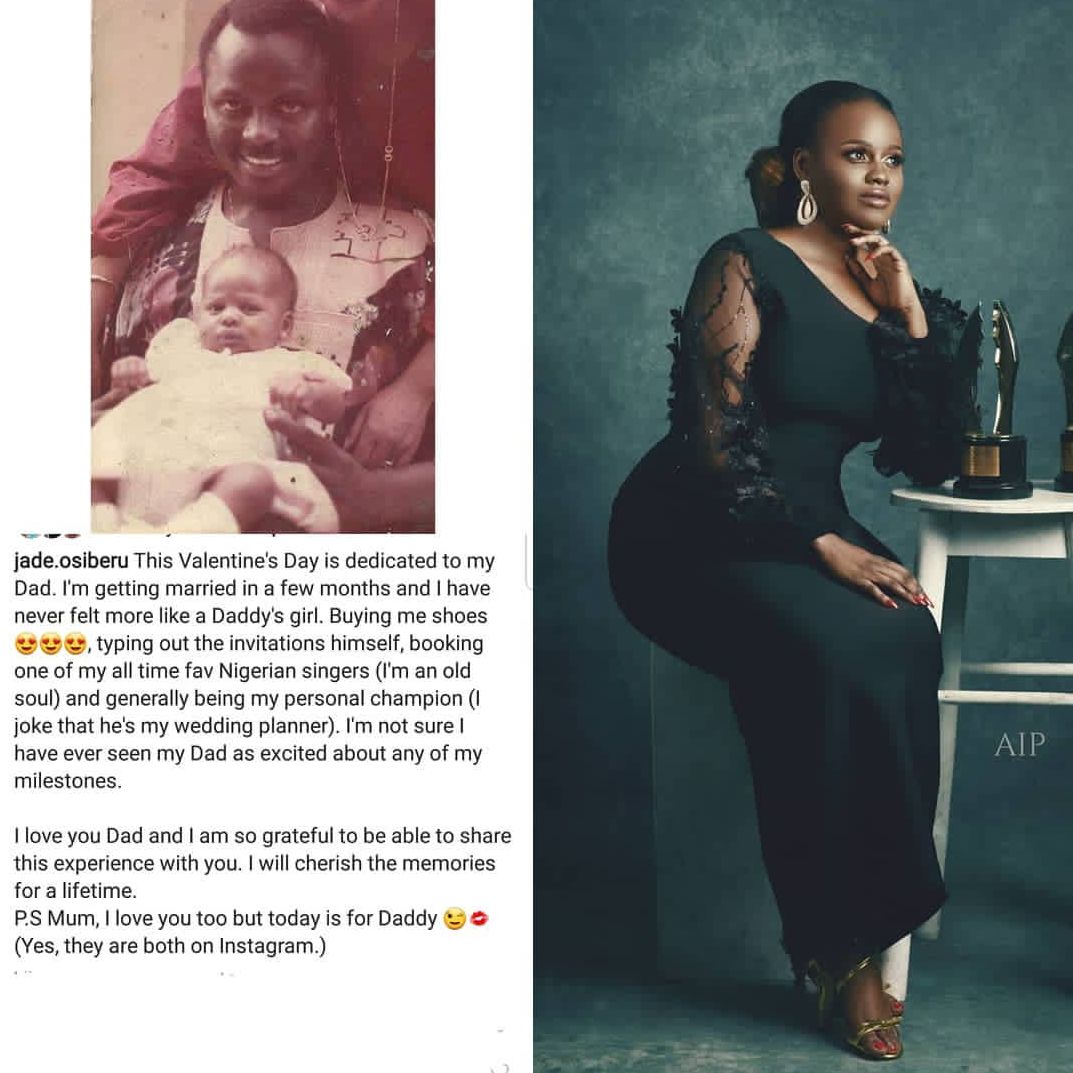 She made a subtle reference to the upcoming marriage in an Instagram Val’s Day post dedicated to her father.

She says preparations are already ongoing for the ceremony which may happen even closer than expected.

Osiberu wrote that her father had already booked a Nigerian musician to perform at the wedding.

Jade admitted that she sometimes joke about her father being her wedding planner.

Related Topics:Jade Osiberu
Up Next