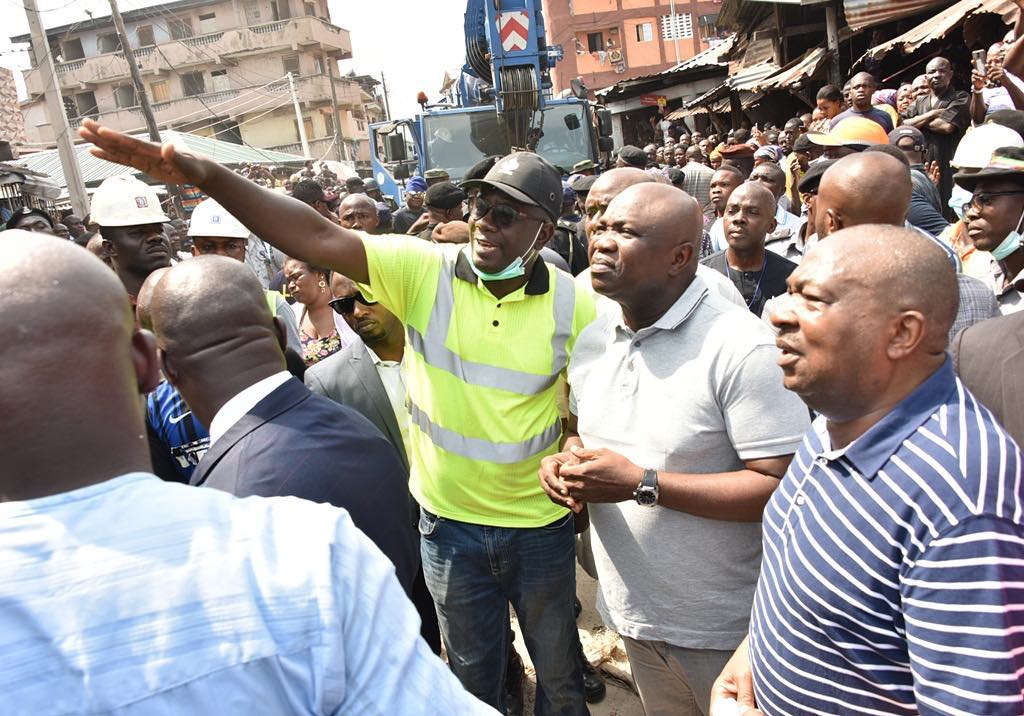 President Muhammadu Buhari has said he was extremely saddened by the news of the collapsed building that left many school pupils dead.

The president while offering his commiserations to the families of the victim, charged the Lagos State government to take measures to prevent the recurrence of the incident.

“It touches one to lose precious lives in any kind of incident, particularly those so young and tender. May God grant everyone affected by this sad incident fortitude and succour,” a statement by his Special Adviser on Media and Publicity, Femi Adesina, quoted Buhari as saying.

Also, the Senate President, Bukola Saraki expressed his condolences to the families of the deceased in a post via Twitter.

“My heartfelt prayers are with all the families affected by today’s building collapse in the Ita Faaji area of Lagos Island, particularly the young schoolchildren, who are reportedly trapped inside. I pray for their safe rescue.”

Meanwhile, the Lagos state governor, Akinwunmi Ambode has described the incident as unfortunate.

While sympathising with the parents of the victims, Ambode said efforts have been intensified to rescue more pupils still trapped beneath the rubbles.

“I want to commiserate with the families of those who lost their lives in this collapsed building. I want to quickly let Lagosians know that this is quite an unfortunate incident. All we are trying to do is to scale up the rescue operation.

“Our response units are already here; we are getting additional cranes to be able to go deeper than where we are now to rescue more trapped victims.”

YASSSSS! Adesua Etomi-Wellington is on the Cover of VOGUE