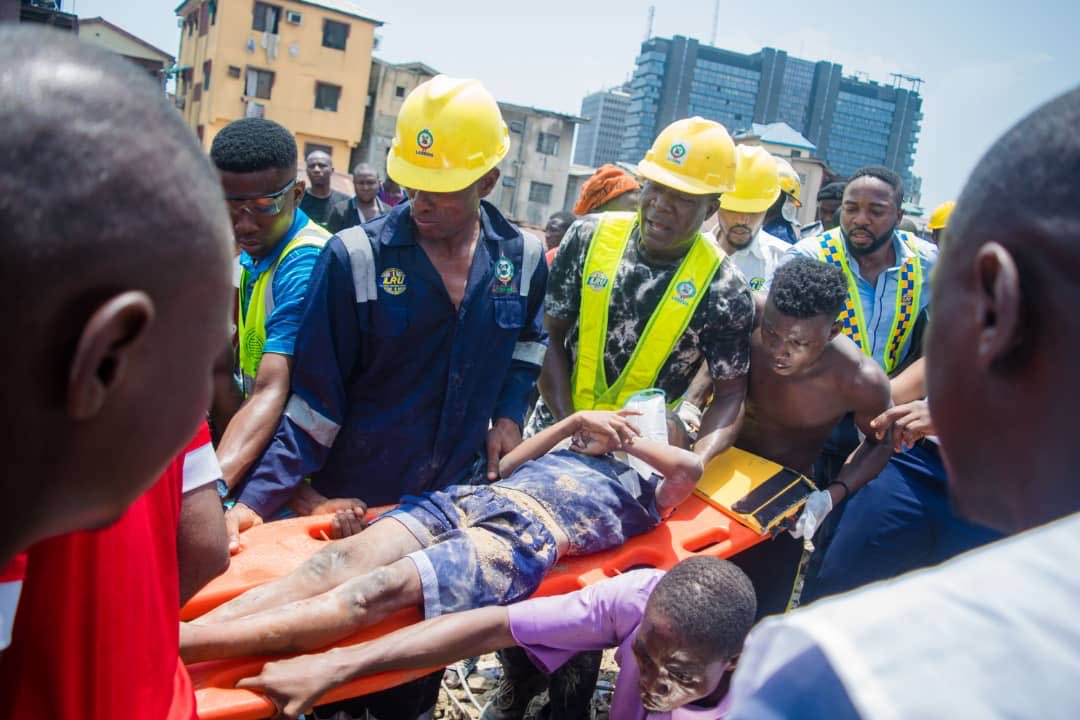 Adeshina Tiamiyu, the General Manager of Lagos State Emergency Management Agency (LASEMA), has said all the bodies trapped under the collapsed Lagos Island building have been recovered.

According to Punch, Tiamiyu said that the last body was recovered from the debris of the collapsed building at about 3 AM.

We stopped work at 3: 00 a.m after recovering the lifeless body of a male and we are sure there is no casualty left under the debris.

Tiamiyu also debunked reports that the school housed over 100 pupils. He said:

I have seen the picture of the building before it collapsed and I can confirm to you that the floor that housed the school cannot accommodate up to 100 pupils.

A list of survivors published by Punch showed that 41 people survived the collapse, and a health worker shared that some of them were transferred to LUTH, LASUTH and the accident centre at Tollgate to decongest the Lagos Island General Hospital.

Our first responders have been at the incident scene for more than 14 hours. Our thoughts & prayers are with the families of victims of this tragedy. #Call112 #LagosCares pic.twitter.com/7ZsgZwbrLx

LASEMA, on its Twitter, has said that clearing of debris and rubble will continue, with ambulances to remain on standby.

Final headcount will be released official statement from @followlasg but on scene clearing of debris and rubble ongoing while ambulances remain on standby pic.twitter.com/PRTbnJ4Pad