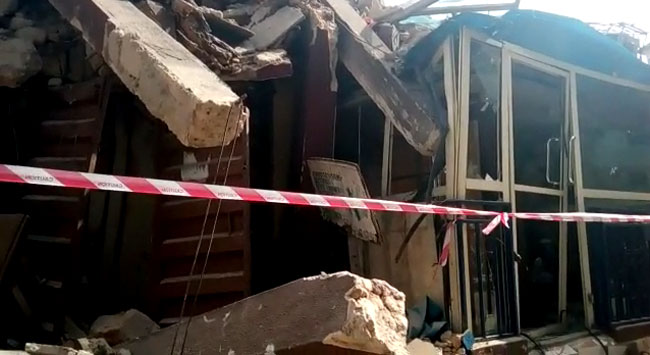 Another building has collapsed in Lagos Island, a few weeks after dozens were confirmed killed in a similar accident.

Channels reports that according to Lagos State Emergency Management Agency (LASEMA), no one died in the collapse but a few people were injured

The building was marked for demolition last week Friday and occupants were said to have started moving out of the apartments and shops attached to the building prior to the collapse.

The incident follows the mishap of March 13, when a building collapsed at Ita Faji, Lagos Island, killing dozens, including school children, while more than 40 people sustained injuries. Another building at Egerton Square in Lagos Islandalso collapsed during the demolition of another .

Man sentenced to Death by Hanging for killing Girlfriend